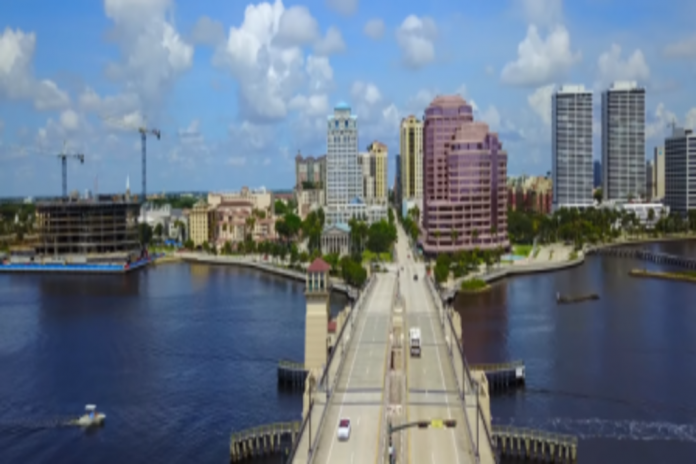 ‘I cannot keep up with the number of companies coming in…’

In the past three years, 70 hedge funds, private-equity firms and wealth-management companies have relocated to Palm Beach County.

At least twice since taking office in January, Florida Gov. Ron DeSantis has traveled to the Big Apple to meet with representatives of the tech and financial industries, hoping to court them to a more business-friendly environment.

Kelly Smallridge, president and CEO of Palm Beach County’s Business Development Board, said her company is also talking with 15 more companies who want to move into the area, Fox Business reported.

“I cannot keep up with the number of companies coming in,” Smallridge said. “Some are headquarters, some of them are regional operations. Many of them, once they get here, within short order establish [Palm Beach] as their home base.”

These cities are losing financial firms in part due to the 2017 Tax Cuts and Jobs Act, which capped the amount of money federal taxpayers could deduct from state and local taxes.

President Donald Trump’s tax reform limited state and local tax deductions to $10,000—putting the squeeze on wealthy residents living in the most tax-heavy regions who routinely exploited loopholes in the tax code.

Florida does not have an income tax, and Palm Beach County has a relatively low 5.5 corporate tax rate.

Firms will save about half compared to New York City’s 9 percent corporate rate.

Despite the warmer weather in the south, Smallridge said the “vast majority” of companies are coming because “they want the tax benefits.”

Florida is taking in many of New York’s unhappy detractors, 63,772 people last year, and that is more than any other state.

Miami’s Downtown Development Authority hopes to convince wealthy corporations from high-tax areas, including Chicago, to move to the city’s business friendly environment. Some have even branded Miami “the Wall Street of the South.”