Playing with Fire: A Dollar Rout in the Making… 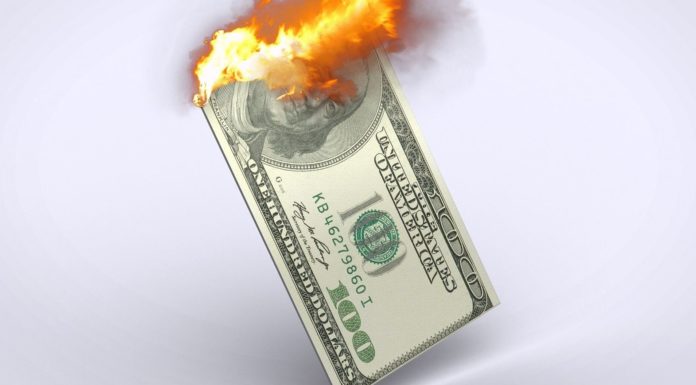 (Stefan Gleason, Money Metals News Service) As the Biden administration showers the nation in debt-funded handouts and federal bailouts, new concerns are emerging as to the likelihood of a “Great Reset” in the value of our currency.

However, this potential dollar rout has been in the making for many years.

Abusive monetary and fiscal policy in Washington DC combined with heavy-handedness with respect to access to our dollar-based global payment network have given other nations pause – and some foreign leaders have been quietly taking action.

In the next few years, the Chinese Yuan or even a global digital currency spearheaded by the International Monetary Fund appear likely to gain traction as alternative reserve assets.

The negative effect of America’s fiat dollar losing its top spot on the international stage cannot be overemphasized. The greenback’s markdown would come with significant pains for all who use our “beloved” Federal Reserve Note.

The U.S. Dollar was widely recognized for its reliability – thanks, in part, to the United States having the top economy combined with geopolitical hegemony.

The Bretton Woods System of 1944 put the greenback front and center for international trade and settlements.

The U.S., at that time, had promised that our currency would be pegged to gold.

This dollar/gold peg, however, ended in 1971 when then-President Richard Nixon took the U.S. off of the gold-exchange standard. Dollars were no longer redeemable by foreign central banks in gold bullion and would only carry the “full faith and credit” of the U.S. Government.

With the end of gold backing came the end of fiscal and monetary restraint.

The U.S. must now take out loans to finance its massive budget shortfalls, and those loans are largely underwritten by other countries (along with the Fed itself) that buy our bonds.

Those countries have remained mostly silent about wastefulness and excessive spending for decades now, but the days of relying on other nations to finance America’s debt obligations may be coming to an end.

Today, rising nations such as China, Brazil, Russia, and Turkey are working to circumvent the traditional dollar reserve system. A new system would likely be centered around a portfolio of different currencies and the IMF’s strategic drawing rights (SDR) currency.

If other global central banks elect not to hold many dollars on their balance sheets anymore, those overseas dollars could quickly find their way back to America’s shores. This would flood the system with dollars, creating a massive oversupply that could erode its purchasing power even more swiftly and severely.

Consider, for a moment, running to the local gas station for a fill up but having to pay not $3 per gallon but $7 or $10 per gallon. Or running to the grocery store to feed a hungry family. If a gallon of milk today costs $2, imagine if that shot up to $8 per gallon.

Indeed, notoriously understated government inflation statistics are even showing a rapid rise in consumer price inflation now, with today’s April report coming in at 4.2%. This is likely just the beginning.

A weaker dollar makes the costs of everyday goods and services more expensive. Because of this, it diminishes the disposable incomes of American families. Not only that, but dollar weakness also tends lead to negative investment returns in real terms, with the notable exception being natural resources and tangible assets generally.

The threat of a significant and rapid dollar devaluation makes holding a reasonable amount of physical gold and silver bullion not an “if” but a “must.”