Investors Who Blindly Trust the ‘Experts’ Will Get Left Behind 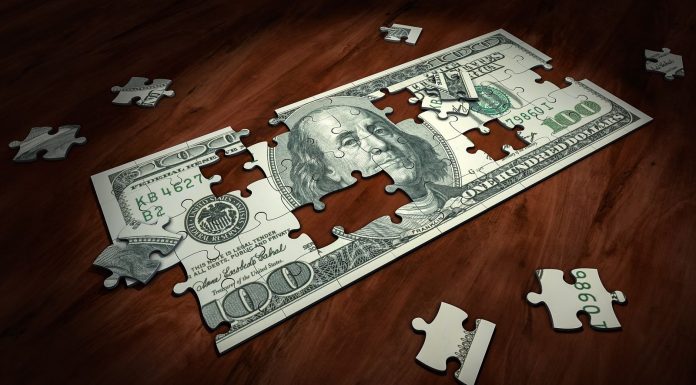 (Clint Siegner, Money Metals News Service) The country has largely been divided into two camps. The first camp is full of people who just don’t pay too much attention. They have unshakable faith in Wall Street and government institutions.

The typical investor buys stocks for the long haul. It might be because financial advisors are just as unquestioning, knowing they are rarely criticized for following the herd.

Sadly, mainstream advisors still snicker whenever a client brings up gold – even though the naysayers have been wrong about gold for 20 years.

The Bureau of Labor statistics reports that inflation is running over 4%, but the Federal Reserve says not to worry because it’s “transitory.” The mainstream advisor looks at the contradictory data points and shrugs.

However, most Americans are at least peripherally aware of what is happening with prices for commodities such as lumber. The S&P’s GSCI index of commodity prices (see below) is up more than 70% since the bottom in April of last year.

The chart above doesn’t jibe at all with the Bureau of Labor statistics inflation reporting. BLS bureaucrats tell us inflation has moved from 2% to 4%. But financial advisors are still recommending a “diversified portfolio which includes cash, equities, and bonds” – so that is exactly how their clients are invested.

Unfortunately, many of the people in the first camp will not pay heed to the real situation until it is too late.

During the past year, however, a good number of folks migrated from the first camp to the second camp where people ask all kinds of hard questions about Wall Street and government.

They understand they have been lied to by the corporate media and the people in charge. They see good reason to question whether some elections are fair and honest. They no longer just assume “experts” like Dr. Anthony Fauci have their best interests at heart.

The people here pay attention to conspiracy facts regarding wholesale fraud and corruption. They have begun positioning their investments accordingly.

The wave of buyers entering the physical bullion markets over the past year may have been the largest since the 1970s.

Silver and gold premiums spiked and inventory shortages have been a real problem, but most people who wanted coins, rounds, or bars in recent months were at least able to get them.

The U.S. Mint recently issued a statement reporting that a “global silver shortage has driven demand for many of our bullion and numismatic products to record heights.”

Mint officials seem to not understand that demand (combined with a failure of supply chains) drives shortages rather than the other way around – although scarcity can certainly stimulate additional buying at the margins.

It is better to be early than to be late when buying tangible assets. If confidence suddenly evaporates and the migration of people between the first and second camp becomes a stampede, investors will definitely have trouble swapping securities for tangible assets.