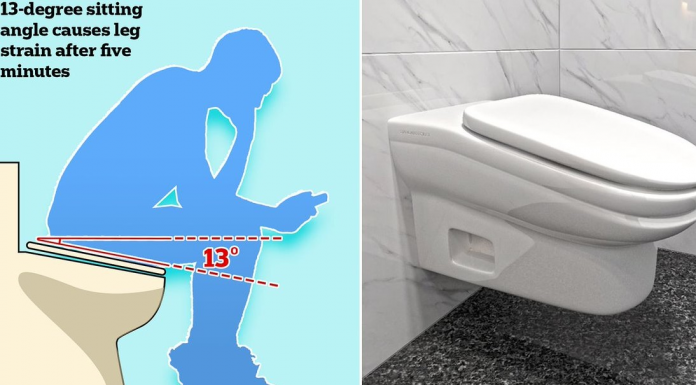 (Summit News) A start-up company has invented a toilet that tilts downward, making it uncomfortable to sit on for more than a few minutes, in order to increase “employee productivity.”

UK company StandardToilet says that the new loo is sloped 13 degrees downward in order to put more pressure on the legs, making it painful to remain there.

“Anything higher than that would cause wider problems. Thirteen degrees is not too inconvenient, but you’d soon want to get off the seat quite quickly,” company founder Mahabir Gill told Wired Magazine.

Gill admits that the main benefit will be to employers frustrated at their staff spending too much time on their phones during bathroom breaks.

The company’s design has been backed by the British Toilet Association (BTA) and it’s set to be rolled out in train stations, bars, shopping malls and offices.

The toilet is yet another example of how people’s quality of life is being reduced in order to limit their horizons to surpass nothing more than being a worker drone who lives in a pod and works in a pod.

BREAKING NEWS: Say goodbye to comfort breaks! New downward-tilting toilets are designed to become unbearable to sit on after five minutes. They say the main benefit is to employees in improved employee productivity. pic.twitter.com/lfDbeXJdCX