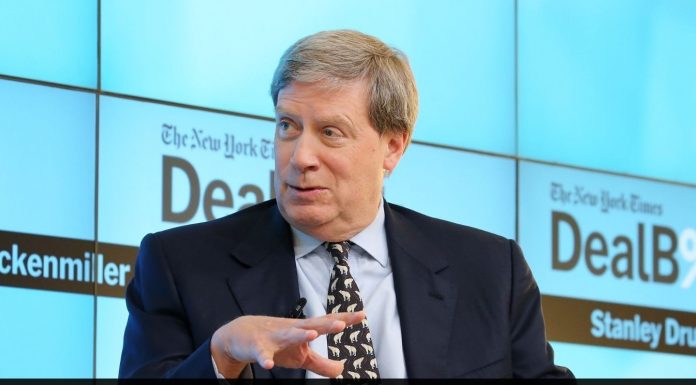 (Money Metals Exchange) Billionaire hedge fund manager Stanley Druckenmiller is worried that the U.S. dollar will lose purchasing power much more rapidly than the 2% “average” the Fed is currently telegraphing.

Druckenmiller sounded off this week and said he sees inflation rates likely rising to 5% or perhaps even 10%.

Even though the stock market has been pumped up with Fed stimulus, the government’s inflation gauges haven’t been reflecting much in the way of broad price level increases in recent years. An upsurge would catch most investors by surprise.

The latest Consumer Price Index report came out today and shows price inflation beginning to turn around after a short-lived deflation scare this spring. At one point, crude oil futures actually fell below zero to assign a negative price per barrel.

Oil, copper, and precious metals prices have since risen dramatically off their lows for the year. However, commodity markets took a bit of a hit this week as shares on Wall Street slid and the U.S. dollar strengthened against foreign currencies.

In an environment of rising inflation, investors should expect hard assets to begin to decouple from stocks and other paper assets that are priced for low inflation and ultra-low interest rates.

Some sectors of the economy may benefit from inflation. Others that are more discretionary and are unable to pass on rising costs to struggling consumers will suffer.

Rising inflation would be a disaster for holders of bonds, defined-benefit pensions and annuities. What are conventionally thought of as the most conservative investments would have the worst prospects for staying ahead of inflation.

Assets that the financial industry urges investors to avoid as being “too risky” would be among the only safe havens in the event of double-digit inflation. In such an environment, the highest quality assets to hold would be physical gold and silver.

Every asset class has its time to shine.

Prudence dictates being well diversified at all times given the unpredictable nature of markets. Nobody knows when the next pandemic or terrorist attack will hit. It’s been 19 years now since September 11th, 2001. Thankfully, nothing on that scale has occurred since then. But geopolitical risks are on the rise with Iran, Russia, China, and other adversaries.

Nobody knows what the upcoming election will bring except that whoever wins will inherit a record budget deficit. Whoever wins will depend on the Fed to keep suppressing rates, buying bonds, and expanding the money supply.

If investors like Stan Druckenmiller are right, then either the Trump or the Biden/Harris administration will have a serious inflation problem on its hands.

The early stage of a rising inflation trend is a crucial time in particular to make sure your investment portfolio includes an ample allocation to precious metals.