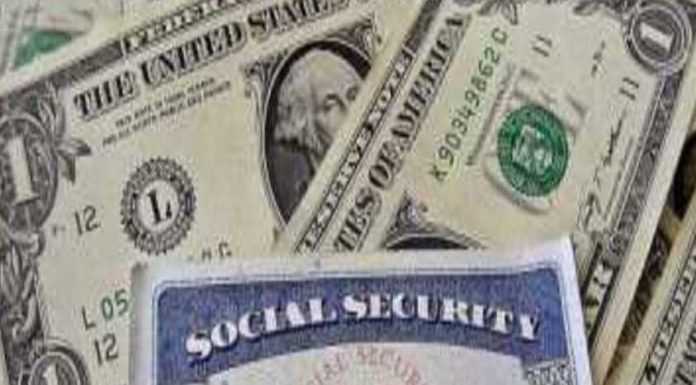 (Warren Gibson, American Institute for Economic Research) A private annuity promises a series of payments continuing over the annuity holder’s lifetime but leaving nothing to his estate. Social Security resembles a private annuity in this respect but its underlying finances are quite different. Whereas insurance companies invest in productive private assets (stocks, bonds, real estate, plus some Treasury securities), Social Security spends all its tax proceeds on payments to current retirees. It is therefore called a “pay as you go” system.

Well, not quite. Tax receipts never exactly match benefit payments, so a Trust Fund was set up as a buffer. The idea was that in years when the System experienced a surplus of revenues over expenses, the excess would be invested in the Fund, to be drawn upon in years of shortfall. Sensible on its face, but read on.

What investments should the Trust Fund hold? Why, the world’s safest, of course: U.S. Treasury securities! But what this means is simply that one branch of government is loaning money to another branch. The money the Trust Fund pays when acquiring Treasury securities is immediately spent on other government obligations. So whereas when you or I buy a Savings Bond, for example, we are engaging in an arms-length transaction; not so with Trust Fund transactions. Its purchases amount to shifts of money from one pocket to another. A shell game, you might say.

Social Security ran surpluses for many years due to massive tax increases enacted in the 1980s thanks largely to a Commission headed by Objectivist hero Alan Greenspan. As a result, the Trust Fund has grown to some $2.9 trillion. The problem, as has been widely discussed, is that Social Security will soon shift from surplus to deficit.

To cover the deficit, it will probably start spending some of the interest income it receives rather than reinvesting those receipts. If that isn’t enough, it can stop rolling over some of the securities that reach maturity. Beyond that, it might have to start redeeming securities prior to maturity. All this would involve payments from the Treasury’s general fund that would add to already astronomical deficits.

Don’t take my word for it. On the Social Security website you can find an estimate that the Social Security retirement fund will experience deficits starting in 2021 and will use up all its Trust Fund balances by 2034. (The impact of COVID-19 on these estimates is unknown at present but it can’t be good.) After that, current law calls for recipients to take a 24% haircut. Of course, if they can’t tweak the inflation formula there’s no way the elderly lobby will sit still for such a haircut. Congress will come up with a last-minute fix, assuming the whole Federal government isn’t bankrupt by then.

A lot of the problem, by the way, is demographics. About 60 million of us receive benefits now, and that number keeps growing as so many of us stubbornly live on into our 80s and 90s and beyond and as too few young workers start paying FICA taxes. Social Security provides more than half the income of the majority of beneficiaries; it is the only income for all too many. But Social Security was never intended as a retirement program. It was meant as insurance against poverty for those who lived beyond the 65-year life expectancy of 1935. In other words, the System initially relied on half its potential recipients dying without ever seeing a dime.

Where are we now? Is Social Security going bankrupt? Not literally, since bankruptcy law does not apply to government agencies or programs. But it is unquestionably true that Social Security is headed for a fiscal calamity that could loosely be called bankruptcy. The facts and figures say so plainly.

Click Here To Comment
Email
Print
Previous articleLeft Out: More Workers Now Losing Hope of Getting Back Jobs
Next articleShop Owners Reveal Financial and Emotional Struggles of Being Looted