‘Trillions’ Are the New Billions: How the Federal Budget Grew Detached from Reality 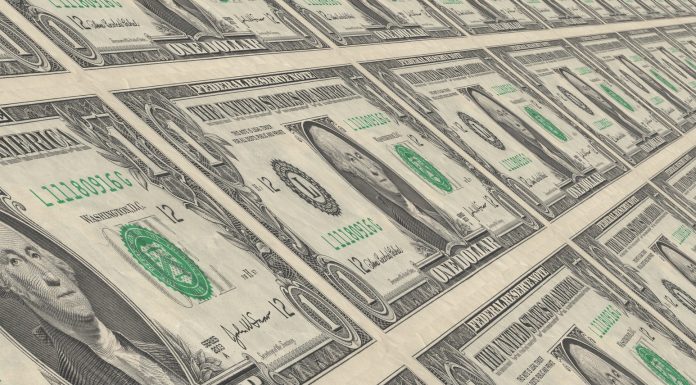 (National Review) During the Great Recession in 2009, Democratic leaders were forced to prepare their rank-and-file lawmakers for the sticker shock of proposing a $787 billion stimulus bill.

During the current recession, Republicans are mocked as cheapskates for supporting a mere $4 trillion in relief.

Over the past 15 years, federal-budget numbers have escalated to the point of numbing most Americans with their incomprehensible magnitude. The laws of economics have not changed — economic growth has not been high enough to make these budget-busting promises affordable — but Washington’s spending appetite has swelled to a level unseen during any peacetime period in American history.

Look at the legislative responses to economic collapses. Between 1930 and 1940, Presidents Herbert Hoover and Franklin Roosevelt increased spending by 6 percent of GDP. During subsequent recessions, stimulus legislation typically approximated one percent of GDP.

The dam weakened during the Great Recession, when a staggering $1.7 trillion in cumulative (and often bipartisan) stimulus legislation enacted between 2008 and 2013 amounted to approximately three percent of the larger multi-year GDP (and brought a recovery even weaker than the Obama White House’s “zero-stimulus” projection).

Compare those figures to the current recession, during which Washington has enacted $3.4 trillion in relief — and Democrats are pushing for $1.9 trillion more. That would total an unprecedented 26 percent of GDP in relief over 12 months.

At that point, one-fifth of the current national debt will have come from 12 months of pandemic legislation. This 26 percent of GDP allocated to pandemic relief will by itself exceed the entire size of the federal government at any time in American history outside of the peak of World War II…