Thug Who Viciously Attacked Metro Passengers Let Out on Bond 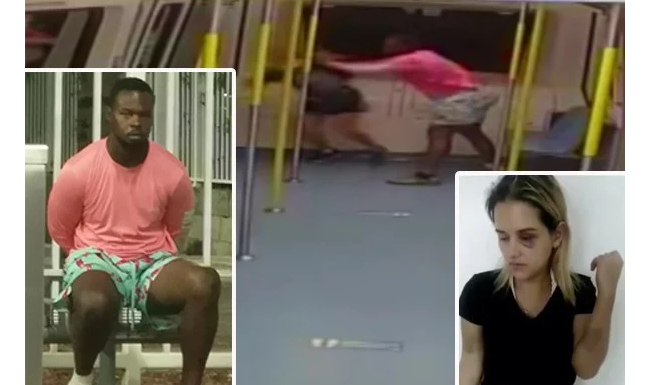 (Law Enforcement Today) Joshua King, 25, who is out on bond recently attacked three people on Miami’s Metromover. Now, an attorney for one of the victims is asking the Miami-Dade State Attorney’s office to revoke King’s bond and up his charges.

According to reports, King posted a $1,500 bond and was released from jail. Curt Obront, the attorney for Andrea Puerta, 25, who was severely beaten by King back on September 4th said:

“Why is this guy out? That’s what we want to know. This is not someone who should be out in the community.”

Video surveillance from the September 4th incident shows the horrific assault. At 10:45 p.m., Puerta, a dog walker, was alone on the Metromover on her way home when King got on the Metromover at the Brickell City Centre station and viciously and violently beat her without any provocation.

Allegedly, he punched her more than 20 times before he threw her directly into a seat. In recounting what happened, Puerta said:

According to authorities, King is described as being 6’2″ tall and roughly 210 pounds. Puerta is only 5’3″ tall and weighs 125 pounds. Obront said in a statement:

“We believe he wanted to kill her. We are absolutely 100 percent going to ask both the State Attorney and the judge to reconsider the fact that he was released on such a low bond.”