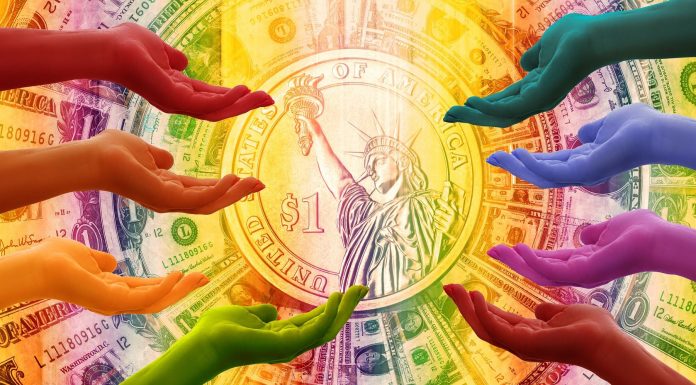 (Robert E. Wright, American Institute for Economic Research) As he left office in early 1961, President Dwight D. Eisenhower warned Americans about the biggest domestic threats to their liberty, the military-industrial and scientific-technological complexes.

Ostensibly, those two aspects of what was later sometimes termed The Deep State or The Swamp defeated the Union of Soviet Social Republics (USSR) circa 1990 and then went in search of other threats, including Islamic extremism.

But those threats were never threatening enough to justify the billions sought by defense contractors, Big Pharma, Big Tech, and so forth, so reality often got stretched into outright lies. Remember Colin Powell’s yellow cake speech?

Former president Donald J. Trump tried to turn the power of the two complexes against China, or at least the Chinese Communist Party (CCP), but the complexes resisted.

The USSR had been a poor trading partner so helping to bring it down was good business. Ditto with Islamic extremism.

But China is too lucrative a market to make trade war upon!

Instead, in 2020, under the mantras of “public health” and “social justice,” the complexes merged into what might be termed The Woke Business Complex. Rather than thwarting communism, its goal is to “make America equitable again” and frankly that looks a whole lot like communism.

“Woke” is indeed a “complex” in Eisenhower’s sense, a network of individuals and institutions able to tap the U.S. federal budget to enlarge the network’s profit and power.

Money flows, for example, from the government to universities in exchange for Victim Studies graduates, some of whom become higher education consultants and deans of diversity who push for more Victim Studies programs.

Others find their way into the administration of corporations, which understand that their access to federal money, or at least less rigorous regulatory and tax scrutiny, depends on how many Victim Studies graduates they hire.

Were that all, the Woke fleecing of America would be no worse than the rents earned by the military-industrial and academic-medical-scientific-technology complexes, which at least produced aircraft carriers, vaccines, and other ostensibly valuable, if excessively costly, goods.

The Woke Business Complex, though, produces only dismisinfoganda.