The Week that Was: News You May Have Missed 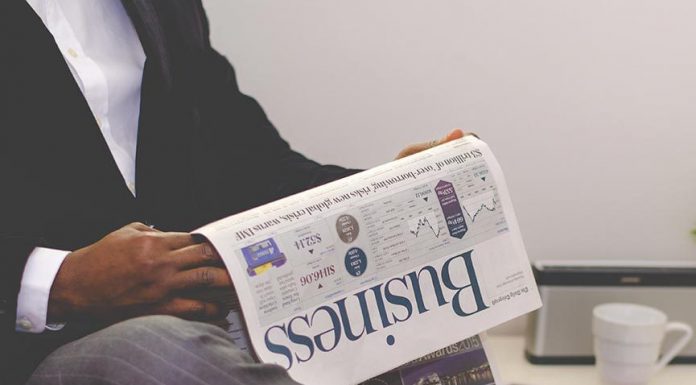 November 25 – CNBC (Jeff Cox): “Federal Reserve economists warn that printing money to pay for deficit spending has been a disaster for other nations that have tried it. In a paper that discusses the burgeoning U.S. fiscal debt, Fed experts note that high levels are not necessarily unsustainable so long as income is rising at a faster pace. They note that countries that have gotten into trouble and looked to central banks to bail them out haven’t fared well. ‘A solution some countries with high levels of unsustainable debt have tried is printing money. In this scenario, the government borrows money by issuing bonds and then orders the central bank to buy those bonds by creating (printing) money,’ wrote Scott A. Wolla and Kaitlyn Frerking. ‘History has taught us, however, that this type of policy leads to extremely high rates of inflation (hyperinflation) and often ends in economic ruin.’”

November 25 – Bloomberg (Alex Harris and Katherine Greifeld): “Market participants leaped at the opportunity to lock in end-of year funding at Monday’s Federal Reserve repurchase-agreement operation, the first to be conducted with a 2020 maturity. The central bank boosted the size of its next operation in the wake of the result. Even with concern about liquidity having eased since September’s upheaval, the Federal Reserve Bank of New York’s Monday operation to inject cash into the financial system for 42 days attracted $49 billion in bids — almost twice the $25 billion available. This was the first of three term operations to provide funding past Dec. 31, with the bank planning another 42-day action on Dec. 2 and a 28-day offering on Dec. 9.”

November 26 – CNBC (Diana Olick): “After shrinking for much of this year, home price gains are now growing again. On a national level, prices rose 3.2% annually in September, up from a 3.1% gain in August, according to the S&P CoreLogic Case-Shiller U.S. National Home Price Index. The 10-City Composite annual increase was 1.5%, unchanged from the previous month. The 20-City Composite rose 2.1% annually, up from 2.0% in August. Of the 20 cities covered, Phoenix, Charlotte, North Carolina, and Tampa, Florida, saw the highest annual gains, with 6.0%, 4.6% and 4.5% annual gains, respectively. Ten of the 20 cities saw larger price increases in the year ended in September 2019 versus the year ended in August 2019.”

November 26 – Reuters (Lucia Mutikani): “The U.S. goods trade deficit fell sharply in October as both exports and imports declined, pointing to a continued reduction in trade flows that has been blamed on the Trump administration’ ‘America First’ policy. The… goods trade gap dropped 5.7% percent to $66.5 billion last month.”

November 25 – Financial Times (Robert Armstrong): “The market for securities backed by the riskiest US car loans is booming, as yield-crazed investors shrug off nagging concerns over the health of the American consumer. Deals have been ‘going gangbusters’ in subprime auto asset-backed securities (ABS), said Jennifer Thomas, an analyst at Loomis Sayles… At $29bn so far this year, issuance of subprime auto ABS is on track to surpass 2018’s record haul of $32bn, according to data from Finsight… The lower-rated slices of recent deals are ‘five or six times oversubscribed’, said Ms Thomas. ‘The market is trading very well.’”

November 25 – Reuters (Guy Faulconbridge and William James): “Former prime minister Tony Blair said… that Britain was in a dangerous mess and that neither his own Labour Party nor Prime Minister Boris Johnson’s Conservatives deserved to win a Dec. 12 election. Britain is holding an election three years ahead of schedule because parliament was deadlocked over Brexit, unable to agree on how or even whether to leave the European Union. ‘We’re a mess,’ Blair said… ‘The buoyancy of the world economy has kept us going up to now, but should that falter, we will be in deep trouble.’”

November 26 – Bloomberg (Craig Stirling and John Ainger): “Global central banks are approaching the end of the year with a collective shudder at the risky behavior that their low interest-rate policies are encouraging. Policy makers from European Central Bank and the Federal Reserve are among those raising cautionary flags at potentially unsafe investing stoked by their efforts to flood economies with ultra-cheap money. Stock indexes from the U.S. to India are at records, and low sovereign bond yields have pushed funds into property seeking better returns. The warnings are couched in measured language that doesn’t signal panic, but the combined message is one of growing anxiety, laced with the discomfort that central bankers can’t easily tighten policy either. The danger is that such risk-taking recreates a backdrop similar to that preceding the global financial crisis a decade ago.”

November 27 – CNBC (Grace Shao, Christine Wang and Evelyn Cheng): “China’s Ministry of Foreign Affairs said… the U.S. has ‘sinister intentions’ and its ‘plot’ is ‘doomed to fail,’ after President Donald Trump signed two bills supporting Hong Kong protesters into law. State media also published a statement from the Hong Kong liaison office, emphasizing its commitment to defending its ‘one country, two systems’ policy. ‘We are officially telling the U.S. and the handful of opposition politicians in Hong Kong who follow America’s lead to not underestimate our determination to protect Hong Kong’s prosperity and stability, don’t underestimate our belief to protect the ‘one country, two systems policy’ and don’t underestimate our capabilities and strategies in protecting our country’s sovereignty, safety, growth and rights,’ the office said…”