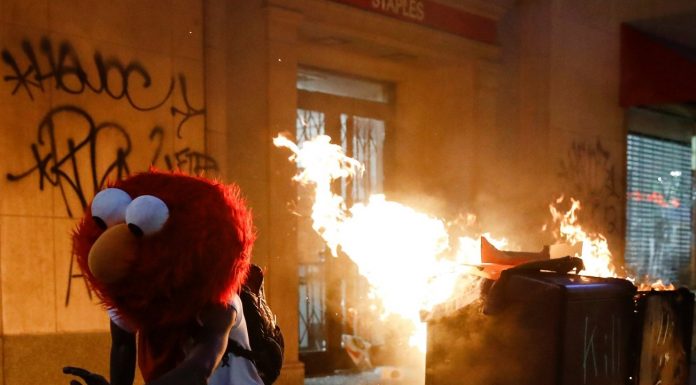 (Clint Siegner, Money Metals News Service) Protests egged on by the legacy media quickly devolved into large-scale riots and looting over the weekend in more than a dozen U.S. cities.

Some important institutions have betrayed the public trust, and Americans facing quarantine and staggering unemployment have arrived at the boiling point.

Meanwhile, the ranks of people buying gold and silver as a hedge against economic chaos and financial malfeasance swelled again in recent months.

A new wave of Americans is grappling with what it means for Congress to spend trillions it doesn’t have.

Or for Federal Reserve bankers to print trillions of electronic notes and hand them over to their friends on Wall Street.

Seymour Hurst created the Debt Clock in 1989 when the US debt was about $2.7 trillion and that debt represented about 50% of US GDP.

It’s been more than 30 years hence, but the government’s appetite for borrowing has only grown. The federal deficit this year will be larger than the entire national debt was when Hurst began sounding the alarm.

Out-of-control borrowing and spending certainly is just one facet of the incompetent leadership Americans have been worrying about over the past three decades.

The approval rating for federal politicians is pathetic. The general consensus is that our leaders are completely unaccountable and many are self-dealing. Fewer and fewer people buy the rhetoric some politicians spew about limited government.

Federal bureaucracies have also been failing in some very high-profile ways. There aren’t many people left who think justice is blind and laws are applied equally.

The Department of Justice’s handling of Jeffrey Epstein is a great illustration. Few believe the official story about his “suicide.” There simmering rage over the fact that high-profile and well connected pedophiles are somehow immune from prosecution.

There is no shortage of other examples, including bias at the IRS against conservative groups and the total incompetence of the Centers for Disease Control. How many Americans still expect fairness, integrity, and good leadership from anyone in power in Washington?

Trust is also fading in key private-sector institutions. Many of us are now aware that the Deep State power behind our unaccountable federal government is also behind the vast corporations which control most print, radio, television, and internet news. And it is no secret that markets are manipulated by Deep State bankers.

Americans are realizing we have fake news and fake markets.

This context is useful, we think, as the George Floyd riots wreak havoc and the authorities violate the public trust. It isn’t just minorities living in tough neighborhoods who are fed up. Confidence in a variety of major institutions has been stretched thinner and thinner for a very long time.