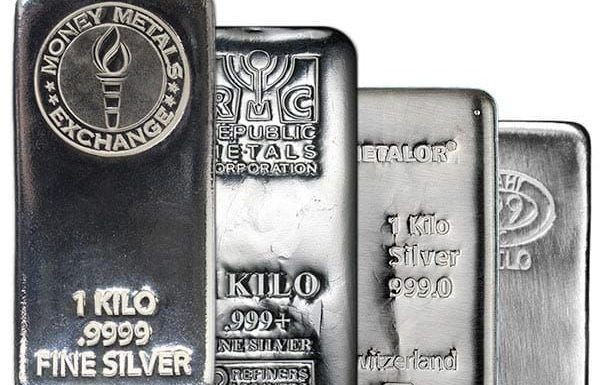 (Clint Siegner, Money Metals News Service) The populist movement to punish Wall Street is turning its focus to silver. The markets may finally force more honest price discovery. That would certainly be welcomed by metals investors long frustrated by concerns about price suppression.

Silver prices are pushed around by a handful of the world’s largest banks. The captured regulators and the Department of Justice (For the Well Connected) have done little to curb the cheating, despite piles of evidence.

The bullion banks, with their friends in government, seem to get away with coordinated take-downs of speculative longs who are daring enough to buy futures contracts or options.

It helped that the precious metals sector was ignored by a large portion of the investing public and that most people were inclined to believe exchanges, like the COMEX, are under proper oversight.

That has changed a lot, especially in the past year.

The 7.5 million members of the Reddit board Wall Street Bets are part of an honest money/anti-Wall Street movement which is building steam.

The movement, should it succeed, would create true price discovery for silver.. The bullion bankers have capped prices by selling hundreds of ounces of paper silver for every ounce they have in physical bar form. About 8 firms, including some of the world’s largest banks, have a leveraged short position representing more than 400 million ounces.

They may be unable to deliver anywhere near that quantity if contract holders start demanding the metal. The idea is to force them to buy physical bars to meet delivery obligations. At that point, the jig is up.

However, it is critical that investors not try to beat the bullion bankers at their own game. People joining this movement should buy physical metal only and avoid futures or other derivatives purporting to represent silver.

The Hunt Brothers learned that lesson the hard way in 1980. They bought futures contracts and demanded delivery of every ounce.

When the banks couldn’t deliver, the COMEX and the regulators exercised the option that exists in the rules to force cash settlements of delivery obligations. They also disallowed new orders to buy. Only orders to sell were accepted. When only sellers were allowed in the “market,” prices collapsed.

The Hunts were vilified for trying to “corner the market,” but it was the banks and regulators who were bad actors.

The Wall Street Bets crowd is re-learning that lesson now as to Gamestop. Brokerages are limiting position sizes and buy orders.

If you are buying a conventional paper security on a Wall Street exchange, you are playing in a rigged casino and should not always expect to get a fair shake. This includes investors buying shares or options in the silver ETFs or in silver mining companies.

The good news is the campaign to break the bullion banks’ hold over the silver market can win, if investors buy physical metal instead. Buying physical bullion is not like buying shares of Gamestop where investors are subject to arbitrary and fast changing rules designed to protect the banks, hedge funds, and brokerages.

Wall Street built the futures markets and other metals derivatives to capture and control the demand for precious metals.

Their system works so long as investors keep playing – believing the paper they buy actually represents some sort of claim on underlying physical metal.

The offtake of millions of ounces of silver as refiners and mints convert COMEX bars into retail bullion products combined with rising numbers of futures contract holders standing for delivery of bars could be a deadly combination.

Remember, the silver shorts are using extraordinary leverage. Hundreds of ounces have been sold for every ounce sitting in a vault.

As long as people focus on accumulating physical metal, there may not be much the bullion banks can do about it other than squeal.