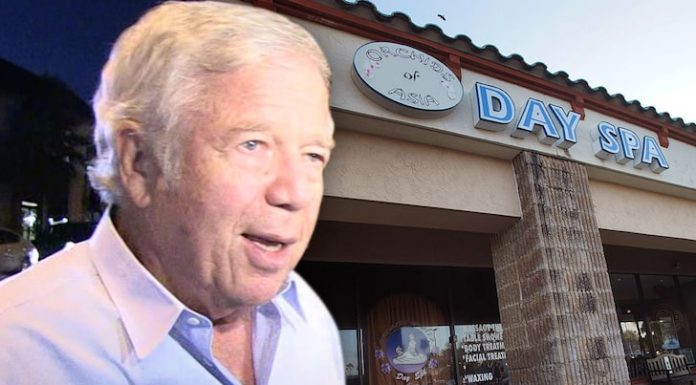 (LibertyNation.com) The prostitution charges against Robert Kraft, the owner of the New England Patriots football team, just got a lot more serious.

Prosecutors say Kraft paid cash for sex acts on Jan. 19 and 20, 2019, in Florida. The misdemeanor charges have been fought vigorously by Kraft, who rejected plea deals in favor of aggressive counter-attacks.

Those calculations may change, however, as prosecutors indicate they may now “add felony charges to what had been a misdemeanor case. The felonies carry five-year prison terms and a host of other negative impacts for the convicted.

Kraft was charged in the case after he and other defendants were alleged to have received sex acts that were captured on surveillance cameras installed in a spa by law enforcement. Hundreds of men were charged in a multi-county sting operation against sex for sale.

After his arrest, Kraft was brought up on misdemeanor charges typical of prostitution cases in the Sunshine State, calling for “a term of imprisonment for up to 60 days, a fine in an amount up to $500, or both.”

Police used a ruse to gain access to the Orchids of Asia Day Spa in the town of Jupiter, where they installed hidden cameras to monitor the goings-on.  Monitor, they did.

However, Kraft, a 78-year-old widower, won a big victory when Palm Beach County Judge Leonard Hanser tossed out the videos. He ruled the warrants used to plant the cameras were legally insufficient, because of the extremely invasive nature of the surveillance…[read more]