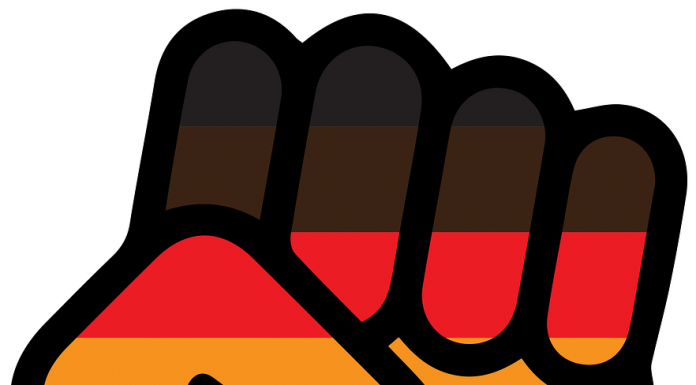 (KQED) At an impromptu San Francisco Pride protest march, demonstrators called for solidarity between the LGBTQ community and the Black Lives Matter movement, drawing parallels between decades-long police violence to both communities.

While the city’s official 50th annual Pride celebration went virtual due to the COVID-19 pandemic, in-person celebrations sparked a gathering at Dolores Park, with hundreds taking to the streets for a “Pride is a Riot” march.

Police briefly clashed with marchers at today's "Pride is a Riot" event, a decentralized protest in the spirit of Pride's roots.

Protesters shouted “quit your job!” and “you’re killing black people.” The officers then tried to leave and inch forward, but could not exit the crowd, which surrounded them. Pride marchers spray painted the van. Officers exited the van again, as demonstrators kicked the van and hit it with their fists. Officers rushed towards them with batons raised and pushed members of the crowd away.

Local activist Norma Gallegos was there and said she feels over the last decade, Pride has been “gentrified, corporatized and commercialized.”

Gallegos said she wants to see systemic change and Pride return to its roots. She said Pride has historically been anti-capitalist, queer and militant [read more…].