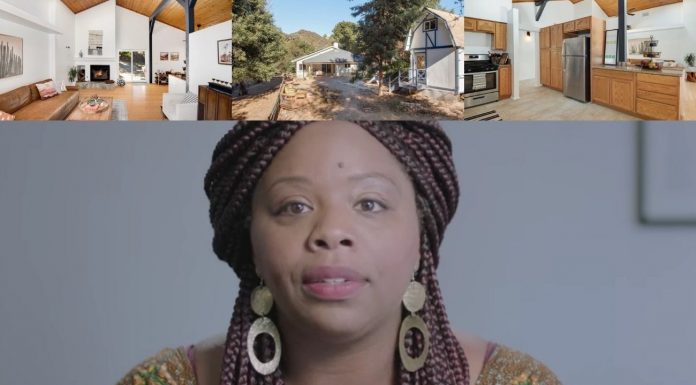 The militant leftist also eyed property in the Bahamas at an ultra-exclusive resort.

The New York Post reports that “the group’s co-founder went on a real estate-buying binge, snagging four high-end homes for $3.2 million in the US alone, according to property records.”

“Patrisse Khan-Cullors, 37, also eyed property in the Bahamas at an ultra-exclusive resort where Justin Timberlake and Tiger Woods both have homes, The Post has learned. Luxury apartments and townhouses at the beachfront Albany resort outside Nassau are priced between $5 million and $20 million, according to a local agent,” the report states.

The Post also reported that “last year, Khan-Cullors and spouse Janaya Khan ventured to Georgia to acquire a fourth home — a ‘custom ranch’ on 3.2 rural acres in Conyers featuring a private airplane hangar with a studio apartment above it, and the use of a 2,500-foot ‘paved/grass’ community runway that can accommodate small airplanes.”

…Hawk Newsome, the head of Black Lives Matter Greater New York City, called for “an independent investigation” to find out how the global network spends its money.

Khan-Cullors made waves last week after it was revealed she purchased a $1.4 million compound in Topanga Canyon — an area with barely any black people.

“If you go around calling yourself a socialist, you have to ask how much of her own personal money is going to charitable causes,” he said.