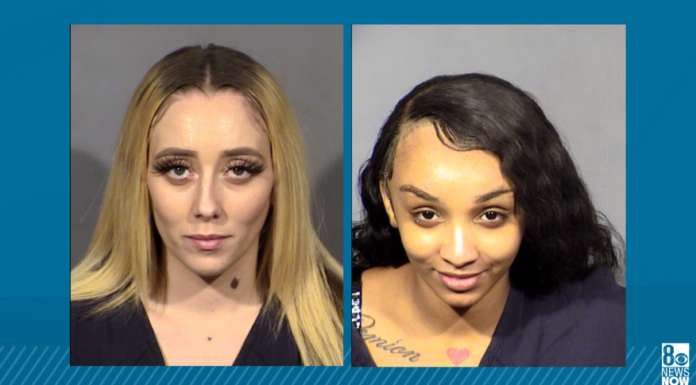 (KLAS) Two women who met a man on the casino floor at Caesar’s Palace are accused of stealing thousands of dollars in cash and his watch, concealing the items in their genitals, police said.

The three went to the man’s hotel room where he had $6,500 in cash inside a duffle bag and a Rolex watch, police said. The man went to take a bath, leaving Grandel and Johnson alone in the room with the valuables.

When the man returned to the room, the items were missing.

The women returned to the hotel lobby and were met by officers. It was Grandel who called police due to the man initially not allowing them to leave the room due to his belief the items had been stolen, police said.

While speaking with officers, the roll of $6,500 “was found bulging out of Johnson’s pants,” having fallen out of her vagina, police said.