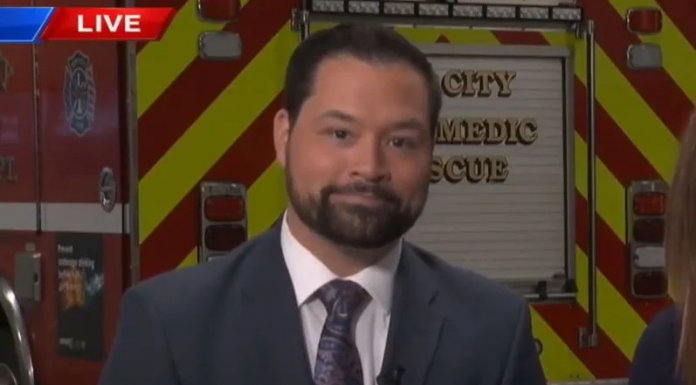 (Gregory Hoyt, Law Enforcement Today) A 37-year-old investigative journalist that works for a local ABC outlet in Utah has been called out online for doxing a local paramedic who allegedly donated $10 to a legal defense fund for Kyle Rittenhouse back in 2020.

Jason Nguyen is the 37-year-old investigative journalist that decided to pen the article called “Utah Paramedic Donates to Kyle Rittenhouse Defense Fund After Arrest,” where this Salt Lake City-based journalist decided to use his personal & ABC 4’s platform to dox a paramedic for donating $10 to Rittenhouse’s legal defense fund back on August 30th, 2020.

Nguyen was able to obtain the personal information of this paramedic by way of a data breach that outed the information of numerous individuals that donated money Rittenhouse’s legal defense fund.

To get an understanding of the blatantly lacking significance of a $10 donation that this paramedic allegedly made, Rittenhouse was able to make bail that was set at $2,000,000 following his arrest in 2020.

Overall, this paramedic allegedly contributed 0.000005% of the funds needed for the Kenosha, Wisconsin shooting suspect to achieve bail.

“A data breach at a crowdfunding website” is a fancy way if saying @abc4utah is using hacked and unverifiable material to target a private citizen for doing something perfectly legal. This really is bad form from a great station that does important work.

When it comes to journalistic integrity, specifically in the matter of what to publish and not publish, therein lies the realm of what is known as a “noteworthy” or “newsworthy” person.

An individual donating to the legal defense fund of a defendant presumed innocent in the amount of $10, who was neither an elected official or a notable celebrity, does not fall within the scope of someone being noteworthy or newsworthy.

Click Here To Comment
Email
Print
Previous articleOne Key Biden Policy Will Reduce Household Income by $1,650
Next articleDogecoin Has Its Day, as Cryptocurrency Fans Push It Up