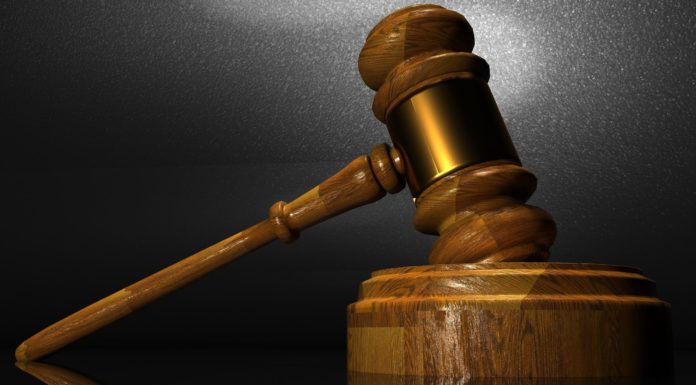 (Joe Setyon, American Institute for Economic Research) There’s a fault line permeating America’s criminal justice system—a built-in defect that the government can use to steal your property, even if you’re innocent. And many Americans don’t even know about it.

Hardworking sisters Vera and Apollonia Ward didn’t either, until it happened to them. A California county government used a civil asset forfeiture law to seize $17,500 of their hard-earned money and treat them like criminals without a shred of evidence. County officials did their best to intimidate these two law-abiding Americans into relinquishing their claim on what was rightfully theirs, railroading these two sisters who were pursuing the American Dream, and who hadn’t done a single thing wrong.

“It was nothing short of terrifying — and it’s a lesson for every law-abiding citizen in America,” the Wards wrote recently in The Orange County Register.

Tragically, Vera and Apollonia aren’t alone. Far from it. In fact, federal, state, and local governments seize countless Americans’ property using a law called civil asset forfeiture, which allows government agencies to take, keep, and profit from someone’s money and other possessions without even charging them with a crime, much less convicting them of one. The Wards got their money back with the pro-bono legal aid of my organization, the Goldwater Institute, a nonprofit group that sues the government to protect innocent victims of civil asset forfeiture. But many law-abiding citizens aren’t as fortunate.

Vera, of Fredericksburg, Virginia, and Apollonia, of Redondo Beach, California, are the furthest thing from criminals. They’re law-abiding Americans, entrepreneurs who run a thriving dog-breeding business. Late last year, they were looking to expand, so they sent $17,500 via FedEx to someone they’d hired to find and purchase two new dogs. But the cash never made it to its final destination. Instead, the San Joaquin County Sheriff’s Office seized it, and tried to bully the Wards into abandoning their claim on their money.

“To me, it felt like being treated like a criminal, even though you’re not. It makes you question everything,” Vera said in a Goldwater Institute video where she and her sister shared their story publicly for the first time.

The Ward sisters had everything they should have needed to prove they were telling the truth, including documentation showing the money had come out of Apollonia’s account and records related to the purchase of their first dog, Luna.

But the San Joaquin County government didn’t care one bit. Their innocence, their rights, the truth—none of it mattered.

It gets worse. Not only did county officials refuse to give them their money back, but they tried intimidating the Wards by wrongfully accusing the sisters of drug trafficking.

“The government had all the power, and we had no idea what to do,” the Wards say. “They gave us a choice. We could either cave in to the government’s demands, say that the money wasn’t our money, and let them keep it, or we could stand up for our rights and risk our freedom.”

San Joaquin County officials were attempting to circumvent California law, which is supposed to require a criminal conviction before anyone loses their property for good. First, they tried the false claim of “drug trafficking” to coerce the Wards into dropping their claim of ownership. But the Ward sisters had zero intention of caving. So when that tactic failed, the county government initiated legal proceedings that it knew would only be successful if the Wards couldn’t find an attorney to challenge the forfeiture.

In search of legal assistance, Vera contacted multiple lawyers, but no one returned her calls. Eventually, she sent an email to the Goldwater Institute, which quickly took the case and made it crystal clear to the government that there wasn’t any evidence of illegal activity. The San Joaquin County government had no choice but to give the money back and leave the Wards alone.

Of course, the quick reversal demonstrates that the civil forfeiture was conducted only because it was allowed to happen by law, not because the Ward sisters actually broke any laws. Had the Wards been unable find legal help, as county officials hoped, their money would likely still be in the government’s grip.

“We got our money back, but we’re the lucky ones,” the Wards say. After all, according to a 2020 report, the median currency forfeiture was $1,276, a sizable amount for most people, but less than half of the $3,000-plus in legal costs that it usually takes to fight an unjust seizure.

“For many Americans,” the Wards add, “it’s simply not worth the fight.”

Unfortunately, this shameful guilty-until-proven-innocent scheme is all too common, to the tune of more than $68 billion seized since 2000. It’s an inversion of our justice system, and it targets innocent Americans all across the country.

The same practice targeted Malinda Harris, an innocent Massachusetts grandmother whose car was stolen by the Berkshire County government, even though it never even suspected her of wrongdoing. County officials kept Malinda’s car for six long years, and they would have held onto it longer if the Goldwater Institute hadn’t taken the case and gotten it back. Something similar happened to Kevin McBride, an Arizona handyman whose Jeep was seized by Pima County officials because they suspected his girlfriend of a $25 crime. Had the Goldwater Institute not stepped in, the county would have forced him to pay $1,900 just to get his own property back.

Unfortunately, these cases are outliers only in that they had happy endings.

“It always made sense to us that police can seize criminals’ money when it’s being used for wrongdoing. We’re pro-law enforcement, and we think it’s important to equip police with the tools they need to crack down on crime,” the Wards explain. “But we also believe in being innocent until proven guilty…that’s not what’s happening with these laws.”

Innocent people shouldn’t need legal help just so a government office will return property that it stole. That’s why it’s important for state lawmakers to adopt commonsense legislation to address this issue, like the bill that the Goldwater Institute helped pass last year in Arizona, requiring state and local government agencies to obtain a criminal conviction before forcing citizens to forfeit their property. The law shifts the burden of proof from the accused, back onto accusers.