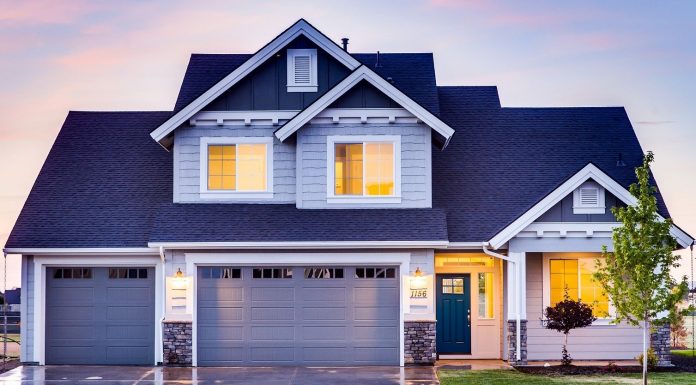 (Associated Press) U.S. homebuilder stocks have been on a tear this year, with most individual companies on track to close out 2019 with gains well ahead of the broader market.

A combination of lo w mortgage rates, a strong labor market, rising wages and the lowest unemployment rate in a half century have helped drive new U.S. home sales higher this year.

A persistently limited supply of previously occupied homes for sale at a time when millennials are increasingly seeking to become homeowners has also helped to stoke demand for new homes.

Economists predict these trends will continue to drive sales of new homes next year, barring a spike in mortgage rates or a severe shock to the economy.

The improved outlook for housing next year increases the likelihood that builder stocks will rack up more gains next year.

“I don’t think the industry is going to have a demand problem in 2020,” said Wedbush analyst Jay McCanless. “We just need mortgage rates to behave.”

Lower interest rates thanks to the Federal Reserve’s three cuts this year, as well as falling yields on U.S. government debt, helped spark the housing market’s gains after a sluggish start to the year.

The average rate for a 30-year fixed-rate mortgage is near historically low levels at 3.73%. That’s down from 4.62 % a year ago, according to mortgage buyer Freddie Mac.

The lower rates, which give homebuyers more pricing power, have helped spur higher sales of both new and previously occupied homes.

Sales of new U.S. homes hit a seasonally adjusted annual rate of 733,000 in October, up a hefty 31.6% from a year earlier. Economists project that November’s sales data, due out next week, will show another pickup. Builders have also enjoyed rising home prices. The median price of a new home sold in October rose to $316,700, a 3.7% increase from a year earlier.

The ramp up in sales has builders feeling more optimistic about their sales prospects than they’ve been in nearly two decades.

As a result, they’ve ramped up construction, applying for permits last month at the fastest rate since May, 2007. The pace of new construction is running well ahead of this time last year. The November snapshot showed housing starts, a measure of newly begun construction of houses and apartments, climbed to a seasonally adjusted annual rate of 1.37 million, the highest rate since before the housing bubble burst more than a decade ago.

Recent forecasts from housing economists call for home sales and housing starts to continue climbing in 2020.

One variable that could dampen sales next year is higher mortgage rates, though economists don’t expect that to happen.

Fannie Mae estimates the average rate on a 30-year mortgage will decline in 2020 to 3.6% from a projected 3.9% this year. The National Association of Realtors predicts the benchmark mortgage rate will average 3.8% next year.

Another favorable trend for builders is the growing demand for homes as more millennials seek to become homeowners. Competition for first-time buyer homes has been fierce because homes at the lower price points have been the hardest to come by. Homebuilders are adapting by building smaller, more affordable houses with modest features.

Still, the ramp-up in construction is being constrained by a lack of available land in many areas and a shortage of skilled labor.

So what does this all mean for investors that have been riding the upswing in builders this year?

Excluding a sharp increase in mortgage rates, McCanless says the only scenario that he sees hurting builder share prices is a possible slowdown in new home orders in the second quarter from the blistering pace set a year earlier.

“The setup is pretty good for the industry in general, but for the stocks, especially if mortgage rates start to move against us, it may be a little less certain than what we saw in the back half of this year,” McCanless said.