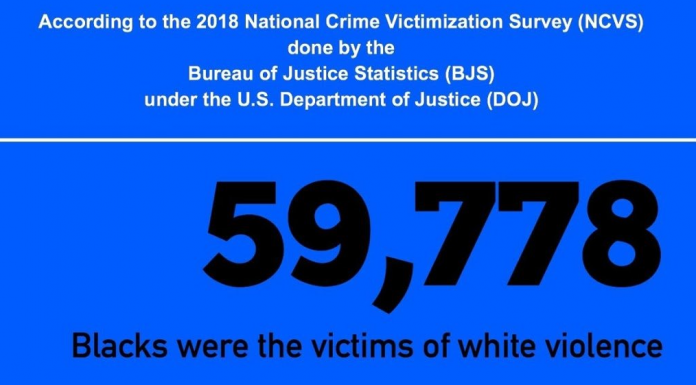 Blacks Are a Majority of Murderers But a Minority of Victims

(Issues & Insights) A recent New York Times article by Jeremy W. Peters claims it is a “fact” “that black people suffer disproportionately from police brutality.” He also asserts that President Trump’s rejection of this accusation is “racially inflammatory” and “racially divisive.”

On the contrary, comprehensive facts show that this allegation against police is false.

Furthermore, this deception has stoked racial divides and driven people to despise and even murder police officers.

In an interview with CBS News, reporter Catherine Herridge asked Trump, “Why are African-Americans still dying at the hands of law enforcement in this country?” He responded that this is a “terrible question” and that “more white people” are killed by police than black people.

As detailed in a 2018 paper in the journal Social Psychological and Personality Science: Based on four different national datasets on “murder/nonnegligent manslaughter, violent crime, and weapons violations,” “in nearly every case, whites were either more likely to be fatally shot by police or police showed no significant disparity in either direction.”

The facts about murder and police killings underscore this reality. Black people represent about 13% of the U.S. population, at least 53% of murder offenders, and roughly 33% of people killed by police.

Likewise, a study conducted by the left-leaning Center for Policing Equity reveals that police are 42% less likely to use lethal force when arresting black people than when arresting whites.

Taken together, the facts above disprove the claim that “black people suffer disproportionately from police brutality.” Yet, media outlets routinely ignore these facts or report them in isolation so that their implications are obscured. Meanwhile, they widely spread the counterfactual message that has inspired racial strife, hatred of the police, and slayings of officers. For example: