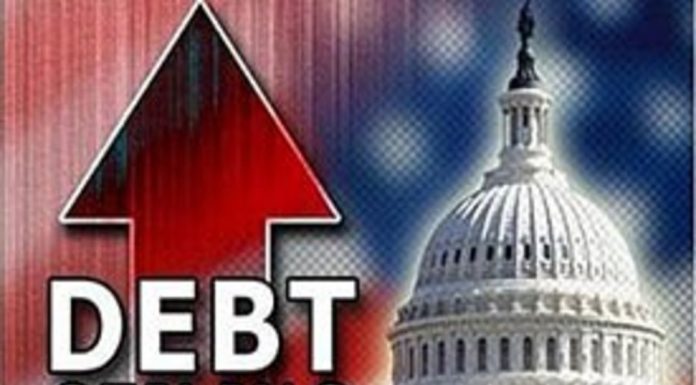 (Reason) The House of Representatives voted Tuesday evening to lift the debt ceiling by $480 billion, temporarily postponing a possible default until early December.

The bill, which had passed the Senate last week, heads to President Joe Biden’s desk a few days before the October 18 deadline that Treasury Department officials had set for a possible default.

But the short-term measure doesn’t really resolve anything. It merely buys some time for Congress to reach an agreement on a more significant move on the debt ceiling, potentially as part of the $3.5 trillion reconciliation bill that Democrats are trying to push through the Senate.

To bring the short-term debt ceiling increase to the Senate floor last week, Republicans dropped their monthslong threat of blocking the legislature.

In a letter to the White House last week, however, Senate Minority Leader Mitch McConnell (R–Ky.) warned that the GOP would not do so again.

“I will not be a party to any future effort to mitigate the consequences of Democratic mismanagement,” McConnell wrote. “Your lieutenants on Capitol Hill now have the time they claimed they lacked to address the debt ceiling through standalone reconciliation, and all the tools to do it. They cannot invent another crisis and ask for my help.”

McConnell is right that Democratic brinkmanship on the debt ceiling—which could have been raised even without Republican support—was unnecessary and counterproductive.

But Republicans were more than happy to raise the debt ceiling on several occasions while President Donald Trump was in the White House. More importantly, Republicans were happy to approve budgets that relied heavily on borrowing during the Trump years.

Raising the debt ceiling now is necessary to allow the Treasury to borrow money for that already-approved spending.

This debt limit increase doesn’t belong to one side of the aisle or the other. It belongs to everyone in Washington who has spent the past few decades spending, spending, and spending some more with little regard for how to pay for it.