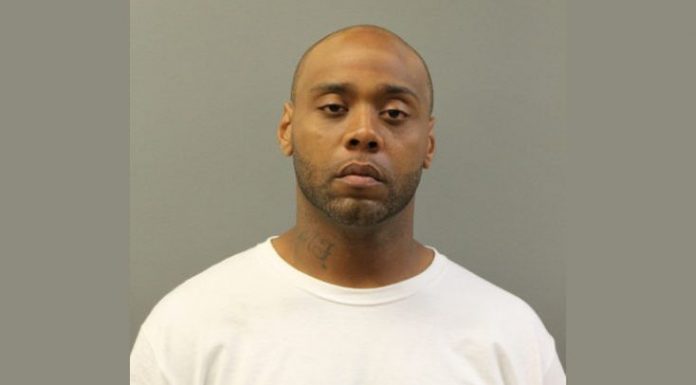 Prosecutors yesterday charged Kendrick Archibald, 33, with three counts of felony retail theft — one day after CWBChicago reported that police were questioning him.

Archibald is charged with stealing $1,467 worth of cigarettes from Walgreens at 6310 North Nagle on the evening of June 26. Two men raided the same store Monday and a customer recorded the theft on their phone.

On October 14, Archibald and another man stole $884 worth of cigarettes from Walgreens at 2440 West North Avenue and $4,600 worth of smokes from the 3110 West Armitage location, prosecutors said. Several other Walgreens stores were hit that evening, including a River North location where the thieves came face-to-face with a concealed carry holder. Archibald is not charged with those other thefts.

Archibald has a pending felony retail theft case for allegedly stealing thousands of dollars worth of cigarettes from a suburban Walgreens on September 13, prosecutors said. He paid $2,000 to get out of jail on electronic monitoring in that case, an assistant state’s attorney said during Wednesday’s bond hearing.

Several dozen similar raids have been reported at Walgreens stores across Chicago over the past few months, but Archibald is the only person who has been charged.