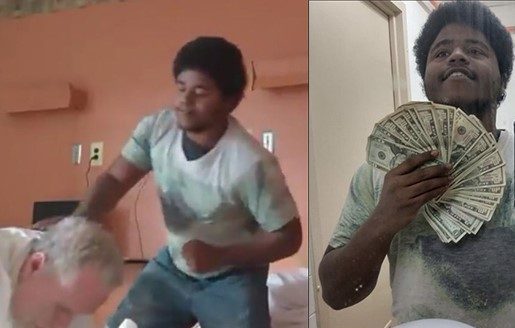 (InformationLiberation) A 20-year-old African-American man was arrested in Detroit on Thursday after videos he filmed of himself beating up elderly white nursing home patients went viral on social media.

The suspect, who police have not yet officially identified but goes by Jadon Hayden on social media, reportedly uploaded the videos himself onto his personal social media accounts.

On YouTube, he can be seen ranting about the evils of white people and saying the “black race is the chosen race” and “the black race was supposed to rule the earth.”

Hayden also appears to have shared a video on Oct 18, 2019 which he titled “drugging ppl prank” that shows a man convulsing as he films off to the side.

7 Action News in Detroit reported that police said Hayden was allegedly a patient at the nursing home.

“Police say the suspect is 20 years old, but it’s unclear why he was being treated at the nursing center,” 7 Action News reported. “It appears the suspect also posted another video showing the beating of a woman who is confined to a bed.”

The incident has so far been ignored by the national media even though the disturbing footage was shared by James Woods to millions on Twitter.

One expert, who wept upon viewing this vid, told us that "lockdowns" of our elder care facilities is preventing even police from being able to investigate abuse situations. #ConstitutionOverCoronavirus