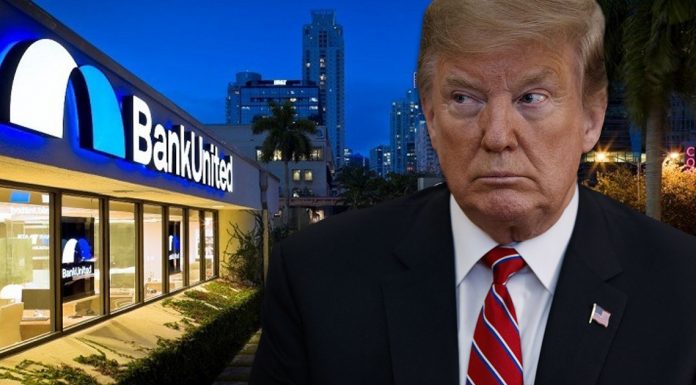 (National File) In what can only be seen as private sector political persecution, a Florida bank has become the latest financial institution to dissolve its relationship with former-President Donald Trump over incendiary narratives floated by his detractors.

Bank United, a Florida-based bank, announced it had closed down the former-President’s account, cutting ties with him.

Mr. Trump stated he had two money-market accounts with Bank United with the accounts holding somewhere between $5.1 million and $25.2 million in worth.

“We no longer have any depository relationship with him,” a Bank United spokesperson said in a statement. There was no reasoning provided for its decision to shutter the accounts, thus disenfranchising the former-President.

Another Florida bank, Professional Bank, issued a statement announcing that it was ending its relationship with Mr. Trump last week. In its declaration – again providing no reasoning – the financial institution’s management said it would no longer conduct business with the former-President or his organizations.

Signature Bank was overt in their opposition to the former-President and his allies in Congress in their dissolving of ties. An official statement from the institution called for Mr. Trump to resign in his last days in office…

Deutsche Bank is seeking to unload more than $300 million in loans with the Trump Organization.