America’s Cotton Shortage Might Take the Shirt Off Your Back 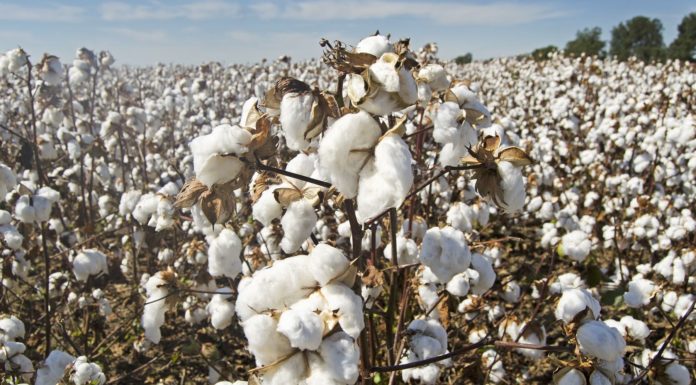 (Daily Caller News Foundation) Intense drought has forced cotton farmers to abandon millions of acres that have produced so little cotton that they are no longer worth harvesting, The Wall Street Journal reported Tuesday.

Farmers will harvest an estimated 7.13 million acres, abandoning approximately 5.35 million acres due to an ongoing drought hammering southern U.S. states, representing an estimated abandonment rate of 42.87%, according to the National Cotton Council of America, who based their analysis on U.S. Department of Agriculture (USDA) data. This represents the smallest harvest by area since 1868, The Wall Street Journal reported.

One of the hottest and driest summers on record in the Midsouth taking its toll on crops across the region.

The economic impacts of a cotton shortage are felt in a variety of industries, with the ginning, warehousing, and milling industries that process cotton all being the most immediately affected, the WSJ reported. Cotton also accounts for 90% of the materials in denim goods, such as jeans, representing about 20% of the cost to make a pair of Levi jeans CNBC reported.

The cost of apparel was up 5.1% year-on-year in July, according to the Bureau of Labor Statistics.

Cotton grower Val Stephens, who owns 1,500 acres of land near Lubbock, Texas, in the northeast of the state, told the WSJ that he estimates 90% of all cotton fields in his region have been abandoned, stressing that there hadn’t been measurable rainfall since July 2021. Farmers in the Texas panhandle typically expect about 17 to 18 inches of rain every year, but have seen only 3 inches since last August, the WSJ reported.

“Unless you’ve got some irrigation, it’s fruitless,” Stephens told the WSJ.

Cotton prices peaked in May at $1.50 per pound, before falling below $1.00 this summer with the price of oil, which is used to synthesize a variety of competing fibers, according to the WSJ. Last week, cotton prices rose 13% to $1.136 per pound, the sharpest increase since 2011, as the forecasted lack of cotton drove up prices, the WSJ reported.