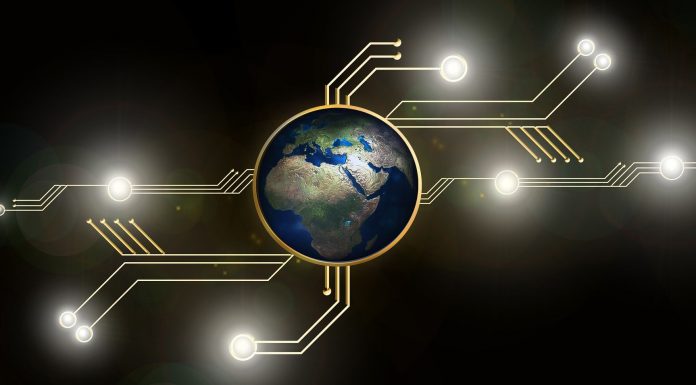 Central bankers now appear poised to embark on their biggest power play ever.

The globalist IMF recently called for a new “Bretton Woods Moment” to address the loss of trillions of dollars in global economic output due to the coronavirus.

In the aftermath of World War II, the original Bretton Woods agreement established a world monetary order with the U.S. dollar as the reserve currency.

Importantly, the dollar was to be pegged to the price of gold. Foreign governments and central banks could also redeem their dollar reserves in gold, and they started doing so in earnest in the 1960s and early 1970s.

In 1971, President Richard Nixon closed the gold window, effectively ushering in a new world monetary order based solely on the full faith and credit of the United States. An inflation crisis followed a few years later.

Fast forward to 2020, and the Fed has assumed for itself novel policy mandates that are a precursor to a new monetary system.

But the monetary masters aren’t contemplating a return to sound money. Rather, they’re planning for even more debt, more inflation, and picking of winners and losers in the economy.

The Fed has unceremoniously thrown its statutory dual mandate of full employment and stable prices out the window. It now gives itself an unlimited mandate to inject stimulus and bailout cash wherever it sees fit (including, recently, “junk” bond exchange-traded funds).

Instead of pursuing stable prices, the Fed is now explicitly embarking on an inflation-raising campaign with the goal of generating annual price level increases above 2% for an undefined period.

The next frontier of the Fed’s unlimited mandate could be “Fedcoin” – a central bank digital currency.

Earlier this month Chairman Powell participated in an IMF panel on international payments and digital currencies. He touted electronic payments systems and raised the possibility of integrating them into a central bank digital currency regime.

Powell has so far declined to outright endorse a move toward a fully cashless system which countries including China and Sweden are spearheading. But he is on board with the larger globalist agenda of expanding the role of monetary policy in shaping economic and social outcomes.

IMF Managing Director Kristalina Georgieva sees expanded monetary tools being aimed at every issue under the sun: “We will have a chance to address some persistent problems – low productivity, slow growth, high inequalities, a looming climate crisis… We can do better than build back the pre-pandemic world – we can build forward to a world that is more resilient, sustainable, and inclusive.”

The IMF is being pressured by debt campaigners to sell some of its gold reserves to cover payments owed by some of the world’s poorest countries. The IMF would issue pseudo-currency units known as Special Drawing Rights (SDRs) to cancel the debts of poor countries.

In a world where central bank balance sheets have grown by more than $7 trillion, it’s not surprising that everyone wants a piece of the pie and that many now view gold as dispensable.

Is gold merely a barbarous relic in this brave new digital world? If it were, then it would have collapsed in price this year, amid all the new central bank rollouts, instead of surging to an all-time high.

Precious metals may be the ultimate hedge against the new world monetary order.

In the event that the U.S. central bank launches a digital dollar and assigns every American a virtual wallet, there would be no escaping adverse monetary policy decrees except by exiting fiat currencies entirely.

Under a central bank digital currency, authorities could impose negative interest rates on all holdings of currency units. They could do so without needing to get anyone to buy negative-yielding bonds or deposit money into negative-yielding bank accounts.

Under a central bank digital currency, direct credits and debits could replace stimulus checks and taxes. It would be the vehicle through which modern monetary theory could be fully implemented – with the central bank becoming tax collector and funder of all government operations.

If depreciating the value of the currency through the inflation tax wasn’t enough, the Fed could also stick dollar-holders with a direct tax in the form of negative interest rates. Once paper notes are phased out, holding cash itself would no longer be a way for individuals to escape negative rates.

The only escape hatches would be volatile alternative digital currencies (such as Bitcoin) or hard money (gold and silver).

Under a monetary order where electronic digits representing currency can be created out of thin air in unlimited quantities, the best hedge is the opposite – tangible, scarce, untraceable wealth held off the financial grid.