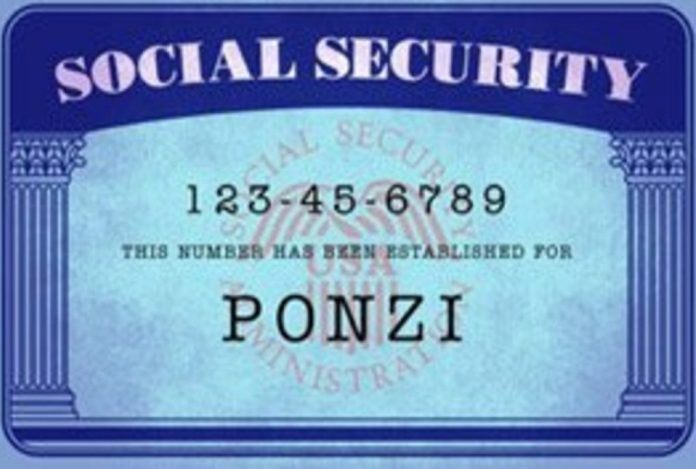 Uncle Sam is going broke. That’s not exactly news – at least not to anyone who has been paying attention to the sorry state of federal finances.

Yet to most Americans, the ballooning national debt ($22.3 trillion and counting) isn’t a problem that impacts their daily lives. They won’t directly perceive the cost of another trillion dollars in borrowing in the government’s next fiscal year.

But armies of outraged Americans will mobilize rapidly to storm Washington the moment Congress considers cuts to benefit programs such as food stamps, Social Security, Medicare, and Medicaid.

Many retirees (and soon to be retirees) have been led to believe their Social Security benefits are secured in a “trust fund” or “lock box” that Congress can’t touch.

In reality, Social Security is a “pay as you go” system, with current benefits funded by the payroll taxes of current workers. As millions of Baby Boomers head into retirement, the benefits owed to retirees will begin far outstripping contributions to the system.

The Social Security Administration’s Board of Trustees recently released its Annual Report. It projects that while Social Security won’t run out of money until 2035, the programs will as soon as next year begin running a deficit – paying out more in benefits than it takes in.

Social Security actuaries say benefits would have to be cut by at least 25% today in order to make the program actuarially solvent into the future. Actuarily necessary, but politically impossible.

“Potential cuts such as curbing inflationary increases for Social Security, hiking payroll taxes, or raising the Medicare retirement age from the current 65 are so politically freighted and toxic that Washington’s power players are mostly ignoring the problem,” reports CBS News.

Medicare’s path to insolvency is even closer than Social Security’s. By 2026, Medicare hospital insurance is projected to run out of reserves.

Due to untamed medical cost inflation, a long-term solution is elusive. Even a short-term fix would require drastic benefit cuts and/or tax increases.

Politicians seem to have something else in mind entirely.

Even with existing entitlement programs being unaffordable, many Democrats are calling for the creation of a massive new entitlement – “Medicare for All.”

George Mason University economist Charles Blahous estimates Medicare for All would cost between $54.6 trillion and $60.7 trillion over its first 10 years. He concluded that even a doubling of income taxes would be insufficient to pay for it.

How do Bernie Sanders and Alexandria Ocasio-Cortez imagine their socialized medicine pipe dream would be funded? Not necessarily through radical tax hikes, which would be met with widespread resistance from the public.

Instead, left-wing Democrats see Medicare for All, the Green New Deal, and other components of their socialist agenda being funded through Modern Monetary Theory (MMT).

Under MMT, the government would essentially just print whatever it needed to cover any funding gaps. The currency supply could be expanded directly, bypassing the bond market and the need for new tax collections.

Socialism combined with MMT would be a recipe for Venezuela-style inflation.

Even if the United States manages to avert these particular threats from the political fringes, the unsustainable inertia of existing entitlement programs may trigger something akin to a bailout from the Federal Reserve.

Congress as it is presently comprised appears incapable to solving the coming entitlement crisis. Lawmakers from both sides of the aisle would welcome a monetary intervention that saved them from having to make politically difficult decisions.

Earlier this year, Greenspan opined to the National Association for Business Economics on chronic U.S. overindebtedness: “Unless you believe in fairies, that is not an economy that can function without inflationary instability.”

A Step Toward an Inflation-Resilient Retirement

Retirees should make prudent plans to ensure they can survive the threat of inflation throughout their golden years. Even if Social Security doesn’t default on any of its obligations, the income stream it provides will still likely fall behind inflation.

Social Security’s latest Cost of Living Adjustment (COLA) is 2.8%. But in recent years the COLA has dropped as low as zero.

Even if COLA rises nominally, the formula that is used to calculate benefit increases won’t necessarily match up with real-world inflation.

It may even be manipulated in the future at the expense of retirees to artificially extend the Social Security system’s solvency. Assuming it’s not manipulated already.

Income streams from Social Security, bonds, and annuities could be even more severely devalued by inflation. Too many retirees are depending too heavily on these dollar-denominated IOUs to take them through old age.

Folks can dramatically improve their resilience to inflation by supplementing conventional sources of retirement income with contra-dollar holdings such as physical precious metals.