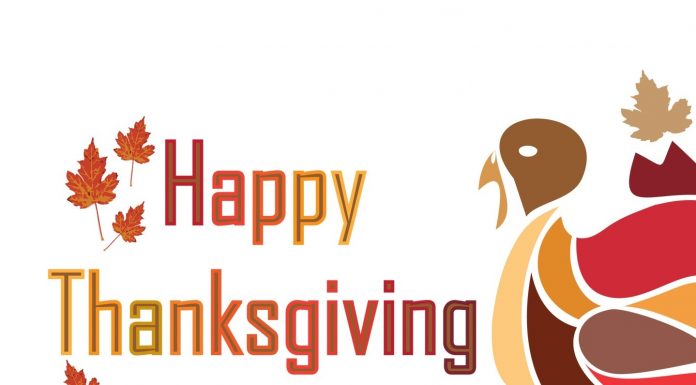 (Mike Gleason, Money Metals Exchange) As traders on Wall Street take time off for Thanksgiving, they can be thankful markets are calm and equity averages moving steadily higher.

Of course, the stock market – and the banking sector in particular – is being artificially propped up by regular liquidity injections from the Federal Reserve. So perhaps Wall Street should give its thanks to Fed chairman Jerome Powell and his cadre of central bankers.

Powell gave a speech on Monday in which he stated interest rates were “well positioned.” In other words, he sees no need for further cuts – at least for the time being.

But Powell did vow to create more inflation. In Fedspeak fashion, he said the Fed would not wish to “permit an unhealthy downward drift in inflation expectations and inflation.” He reiterated the central bank’s goal of keeping the annual inflation rate around 2%.

Perhaps not. But then, perhaps monetary policy isn’t designed to benefit the masses in the first place. Perhaps instead it’s tailored to fit the needs of bankers and politicians.

For now, Fed policy is also juicing stock market returns. But we know from history that when monetary inflation is injected into the financial system, it creates unsustainable bubbles and unintended consequences.

When the party finally ends on Wall Street, inflation will again become an enemy rather than a friend to investors. And those who are now entering the stock market at these elevated levels could end up being regretful.

Investors who have diversified into physical precious metals will be thankful that their wealth can’t be wiped out by gyrations in financial markets or failures in the banking system. They know that at some point, hard assets will shine.

As for this week’s action in precious metals markets, gold and silver drifted slightly lower through Wednesday’s close. The gold price ended New York trading on Wednesday at $1,455 per ounce, down 0.6% since last Friday’s close. Silver was off 0.5% ahead of Thanksgiving to trade at an even $17.00 an ounce.

Earlier this year, the gold:silver ratio reached a once in a generation high of nearly 95:1. Although it has since come down some in favor of silver, gold’s price premium remains quite elevated historically. As recently as 2011, the gold:silver ratio traded at just 32:1. Further back in history, it has found popular acceptance at 16:1.

Another metal that is trading at a big discount to gold is platinum. It ended the day on Wednesday at just $898 per ounce.

However, its sister metal palladium trades at an unusual premium to gold. The palladium price checks in at a lofty $1,837 and appears headed for a record high close on the heels a weekly advance of 3.0% as of Wednesday.

The markets are open on Friday, albeit with an early close.

As holiday shopping season kicks off, we hope you’ll consider some of the many ways to give the gift of sound money to loved ones.

Money Metals Exchange stocks bullion for all budgets – from copper rounds that can be stuffed into stockings to pure 24-karat gold for that special someone.

There is nothing like the timeless beauty and tangible weight of a bullion product. It leaves a lasting memory.

The gift of precious metal can be cherished for years or even decades to come. It can help teach children about the value of money, the risks of inflation, and the long-term benefits of saving. Unlike popular gifts such as clothing or electronics that will wear out or become obsolete over time, any quantity of precious metal stands to become more, not less valuable over the years.