Why College Degrees Are Losing Their Value 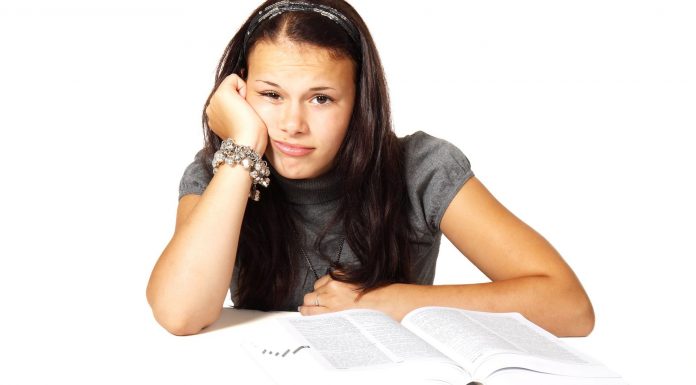 (Peter Clark, Foundation for Economic Education) The concept of inflation (the depreciation of purchasing power of a specific currency) applies to other goods besides money. Inflation is related to the Law of Supply and Demand. As the supply of a commodity increases, the value decreases. Conversely, as the good becomes more scarce, the value of the commodity increases.

This same concept is also applicable to tangible items such as vintage baseball cards and rare art. These are rare commodities that cannot be authentically replicated and therefore command a high value on the market. On the other hand, mass-produced rookie cards and replications of Monet’s work are plentiful. As a result, they yield little value on the market.

Inflation and the opposite principle of deflation can also apply to intangible goods. When looking at the job market, this becomes quite evident. Jobs that require skills that are rare or exceptional tend to pay higher wages. However, there are also compensating differentials that arise because of the risky or unattractive nature of undesirable jobs. The higher wages are due to a lack of workers willing to accept the position rather than the possession of skills that are in demand.

The Signaling Function of College Degrees

Over the past couple of decades, credentialing of intangible employment value has become more prevalent. Credentials can range from college degrees to professional certifications. One of the most common forms of credentialing has become a 4-year college degree. This category of human capital documentation has evolved to take on an alternate function.

Outside of a few notable exceptions, a bachelor’s degree serves a signaling function. As George Mason economics professor Bryan Caplan argues, the function of a college degree is primarily to signal to potential employers that a job applicant has desirable characteristics. Earning a college degree is more of a validation process than a skill-building process. Employers desire workers that are not only intelligent but also compliant and punctual. The premise of the signaling model seems to be validated by the fact that many graduates are not using their degrees. In fact, in 2013; only 27 percent of graduates had a job related to their major.

Since bachelor’s degrees carry a significant signaling function, there have been substantial increases in the number of job seekers possessing a 4-year degree. Retention rates for 4-year institutions reached an all-time high of 81 percent in 2017. In 1900 only 27,410 students earned a bachelor’s degree. This number ballooned to 4.2 million by 1940, and has now increased to 99.5 million. These numbers demonstrate the sharp increase in the number of Americans earning college degrees.

Today, nearly 40 percent of all Americans hold a 4-year degree. Considering the vast increase in college attendance and completion, it’s fair to question if a college degree has retained its “purchasing power” on the job market. Much of the evidence seems to suggest that it has not.

What is Credential Inflation?

Many jobs that previously required no more than a high school diploma are now only accepting applicants with bachelor’s degrees. This shift in credential preferences among employers has now made the 4-year degree the unofficial minimum standard for educational requirements.

This fact is embodied in the high rates of underemployment among college graduates. Approximately 41 percent of all recent graduates are working jobs that do not require a college degree. It is shocking when you consider that 17 percent of hotel clerks and 23.5 percent of amusement park attendants hold 4-year degrees. None of these jobs have traditionally required a college degree. But due to a competitive job market where most applicants have degrees, many recent graduates have no means of distinguishing themselves from other potential employees. Thus, many recent graduates have no other option but to accept low-paying jobs.

The value of a college degree has gone down due to the vast increase in the number of workers who possess degrees. This form of debasement mimics the effect of printing more money. Following the Law of Supply and Demand, the greater the quantity of a commodity, the lower the value. The hordes of guidance counselors and parents urging kids to attend college have certainly contributed to the problem. However, public policy has served to amplify this issue.

Of course, this not to say brilliant students with aspirations of a career in STEM fields should avoid college. But for the average student, a college degree may very well be a malinvestment and hinder their future.

Incurring large amounts of debt to work for minimum wage is not a wise decision. When faced with policies and social pressure that have made college the norm, students should recognize that a college degree isn’t everything. If students focused more on obtaining marketable skills than on credentials, they might find a way to stand out in a job market flooded with degrees.

Click Here To Comment
Email
Print
Previous articlePolice: 4 Bodies Found Are Victims of ‘Shopping Cart Killer’
Next articleManchin Says No to Democrats’ $2T Bill: ‘I Can’t Vote for It’