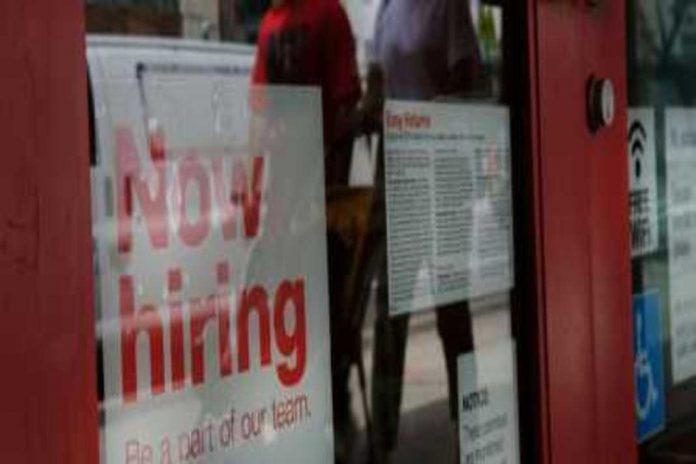 (AFP) The United States continued to add new jobs last month but at a slower pace, another sign the economy is weakening, while the jobless rate held steady, the government reported Friday.

The result, which came with a sharp downward revision for June, confirmed labor markets have cooled this year from their breakneck pace in 2018.

US employers added a net 164,000 workers in July, still solid and largely in line with expectations.

The jobless rate was unchanged at 3.7 percent, the Labor Department reported.

Despite the slowdown in job creation, the pace was more than enough to keep the jobless rate trending lower.

It has been below four percent for 15 months.

The labor force grew slightly even though the unemployment rate was unchanged, suggesting new job seekers who came off the sidelines easily found work.

The jobs report comes as the Federal Reserve faces stinging criticism over its decision to cut interest rates this week in the face of generally sound economic data.

If the trade uncertainty continues to hit the economy, and if employment slows any further, the Fed could feel justified in cutting rates further.

“The economic data are yet again subordinate to political and market events, which have made a September easing more likely,” said Ian Shepherdson of Pantheon Macroeconomics.

“The economy does not need lower rates if the threatened tariffs ultimately are not imposed, but if they happen, just in time to crimp hiring ahead of the holidays in the expectation that higher prices will hit spending, then the Fed likely will act.”

US hiring in July increased notably in financial services, including insurers, health care and also in auto manufacturing, which added 7,200 workers after a string of moribund months and high-profile layoffs.

Hiring also slowed sharply in transportation, warehousing and construction, while the average workweek in manufacturing fell to 40.4 hours — down more than half an hour since a peak in August.