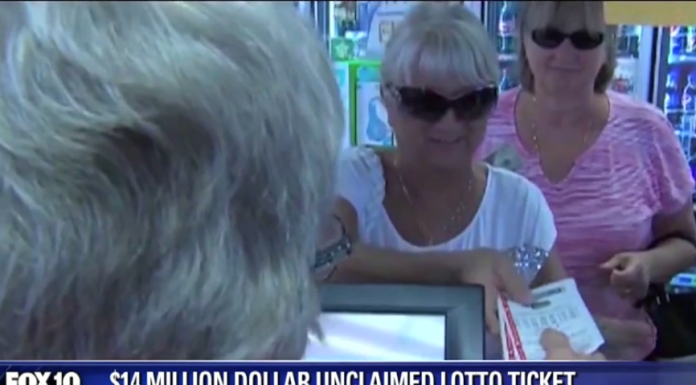 (Fox10 Phoenix) A few local organizations have hit the jackpot, as some money from a $14 million unclaimed lottery ticket is now theirs.

One very lucky winner had until 5:00 p.m. on December 2 to claim the money for that winning lottery ticket, and, unfortunately, they didn’t, but the money will not be going to waste.

“We were hoping that this was not claimed,” said Savannah Hopp, a Casa outreach specialist. “We were all hoping that person hid it and didn’t go claim it.”

A winning $14 million “Pick” ticket was sold at a Circle K in Goodyear back in June. Since then, no came forward to claim it. Now the money will be dispersed between local organizations.

30 percent of the money, or about $4.2 million, is going to CASA Arizona, which stands for Court Appointed Special Advocates for children in the foster care system. The organization is funded solely on unclaimed funds from the Arizona Lottery.

The rest of the money will go toward other state-run agencies and to fund prizes for new games.