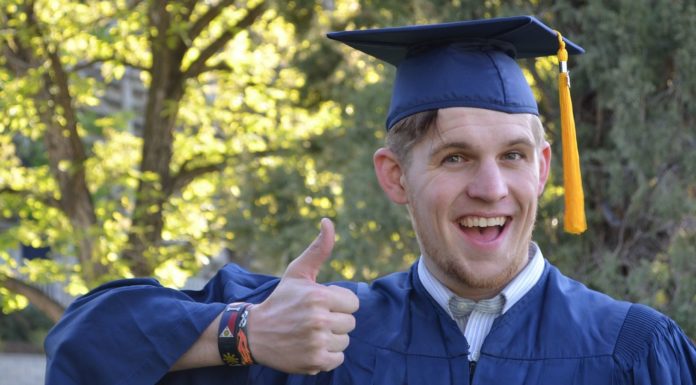 (Joe Harmon, Mises Institute) The origins of the federal student loan program are well documented and follow a similar trajectory to most government subsidy programs in American history. Each previous government subsidy program has had a history of mismanagement, inefficiency, backwards incentives, and inflationary pressure via creation and distribution of new dollars in exchange for goods and services at rates below their market value.

The federal takeover of student loans is a subsidy because it sells below market value the interest rate, the lending standards, and the repayment terms of this specific type of loan.

These categories were exacerbated during the emergency response to the pandemic beginning in early 2020: interest rates on federal student loans were reduced to 0 percent, required payments were temporarily suspended, and now there is confusion about when, if ever, interest payments will resume or whether the government will write off these debts altogether.

The change in the payment terms has also created direct incentives for borrowers to halt payments on their student loan debts even if they have the means to pay. With debts at negative real interest rates (and the hope that it may be forgiven in the future) and the option to hold wealth in savings accounts or employ it in other more profitable uses, borrowers have little reason to pay off their debts.

The Biden administration’s actions to date have contributed to inflation and backwards incentives for borrowers. If this administration is to right the ship, they will need to speak clearly on the future of federal student loan debts. They should warn the borrowers that payments will resume on August 31, 2022, and that the zero interest period will not continue, but instead the original interest rate will prevail.

They should explicitly state that there will be no additional suspensions of payments. If the Biden administration proceeds down the path of confusion for the borrower and allows the taxpayer to bear the costs of this subsidy, there will only be one option for Congress.

Congress will have to declare that they will pass legislation to remove the authority of the federal government to lend money to students for college education. This action would not punish the citizen who may be expecting to get reduced borrowing costs, rather it would be the only logical step to clear up confusion about whether loans will be required to be paid in the future. Once the precedent is set that the government is willing to bail out borrowers, they will begin to expect similar actions in the future.

The federal government has a long history of unintended consequences and the student loan program is no exception. One of these consequences is the concept of moral hazard. Moral hazard occurs when an entity creates a safety net (such as insurance) but inadvertently and simultaneously reduces the cost of risky behavior.

When the government created the FDIC (Federal Deposit Insurance Corporation) in the wake of the Great Depression, it opened the door for banks to engage in riskier behavior, knowing that most of their deposits are insured by the federal government.

Thomas Hoenig, vice chairman of the FDIC said in a speech in 2017:

The threat of failure serves to ensure that banks remain more sensitive to risk, and it inhibits the industry from trending toward excessive risks. Without the discipline provided by depositors and other creditors inclined to withdraw their funds when they suspect a bank of being unsafe, banks have an incentive to take on such exposures.

In the wake of the financial crisis of 2007–08 the government felt compelled to react by bailing out many financial institutions and companies. In response, the special inspector general for the US Treasury’s Troubled Asset Relief Program (TARP), Neil Barofsky, wrote in a quarterly report in 2009: “Absent meaningful regulatory reform, TARP runs the risk of merely reanimating markets that had collapsed under the weight of reckless behavior.”

Government intervention encourages moral hazard by excessively risky behavior from disconnecting financial penalties. Right now the Biden administration is considering whether to remove yet more of the economic cost of decisions made by the forty-three million individuals with student loans totaling $1.606 trillion dollars, averaging $37,000 per borrower. If all or a portion of these loans are forgiven, then the precedent will be set for this safety net to appear again for future student loan borrowers.

The borrowers risk calculus changes when the taxpayer may pick up the tab. There will be an increase in borrowers and an increase in the balance of the loans when paying cash today costs more than paying interest for a few years before your debts are likely forgiven. As of the first quarter of 2022, 78 percent of these borrowers owe less than $40,000, and 56 percent owe less than $20,000.

If debt forgiveness becomes expected, future borrowers will be incentivized to take on more student loan debt and hold it for longer terms.

Forgiving some value of student loans today will immediately change the spending habits of those who have the money earmarked in savings accounts for repayment of their debt or who have made plans to pay debt with future earnings. This will stimulate these borrowers to make alternate plans for that money, plans that will no doubt artificially increase demand for goods and services in the coming years.