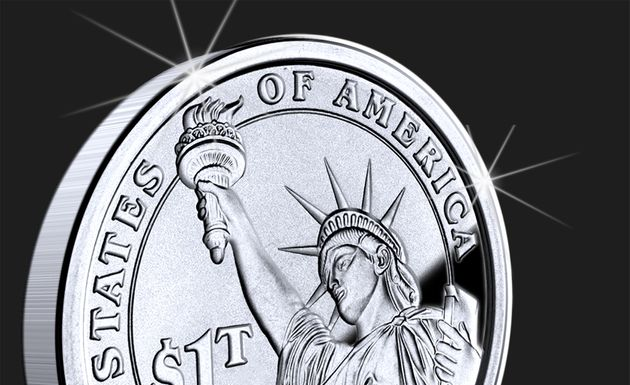 A proposal by a U.S. Congresswoman would have the Treasury Department mint $1 trillion platinum coins.

As reported by the Washington Examiner:

Rep. Rashida Tlaib has proposed sending everyone in the United States $2,000 immediately and then $1,000 per month to counter the economic fallout of the coronavirus pandemic.

The Michigan Democrat’s plan would be financed by having the Federal Reserve create new money on behalf of the Treasury. To skirt the federal debt limit, the U.S. Mint would create two $1 trillion coins, and the Treasury would deposit them in its account at the Fed.

Tlaib, a member of the small group of left-wing freshman House Democrats known as “The Squad,” described the plan as a “truly universal relief proposal.”

Under Tlaib’s proposal, everyone in the U.S., including illegal immigrants, would receive a $2,000 debit card immediately…

From the text of Tlaib’s proposed Automatic BOOST to Communities Act:

This Automatic BOOST to Communities Act would be a money-financed fiscal program for which no additional U.S. debt would be issued. Instead, the program would be funded directly from the Treasury, using its legal authority to create money via coin seigniorage, which is a statutory delegation of Congress’s constitutional power of the purse.

The mechanics of this funding approach would be as follows:

• The Treasury Secretary would direct the U.S. Mint to issue two $1 trillion platinum coins, under the legal authority provided by 31 U.S.C. § 5112(k).

• Congress would direct the Federal Reserve to purchase the newly issued coins at full face value.

• The Federal Reserve would complete the purchase by crediting the U.S. Mint’s account at the Fed with $2 trillion in reserves.

Giving government the power to stamp a $1 trillion face value on an ounce of platinum (currently worth less than $700)….what could possibly go wrong?