Speeding Ticket Racket: Did You Really Think It Was All About Safety? 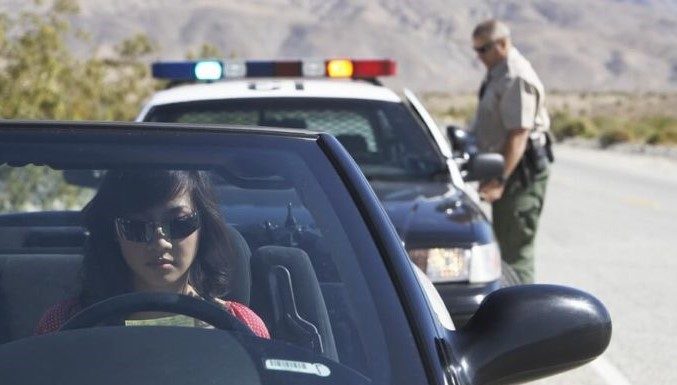 (Liberty Nation) Many disgruntled drivers have mumbled under their breath about the police writing tickets simply to drum up revenue as they shuffle out of court, feeling considerably lighter in the wallet. Think this is just the grumbling of folk who enjoyed committing the crime but couldn’t stand to pay the fine?

Think again. The Governors Highway Safety Association (GHSA) and Insurance Institute for Highway Safety (IIHS) have announced a new grant program for state and local agencies, and they’re offering up to $200,000 for each qualifying “speed management pilot project.” Proposals must be submitted before March 1. In case you didn’t read between the lines there, that’s two nationwide organizations literally paying police departments to write more tickets.

Did you really think it was all about your safety?

The Insurance Institute for Highway Safety – another non-profit organization – was created in 1959 and is based in Arlington, VA. It carries out research and issues safety ratings for vehicles and some other auto-related products, like child safety seats. It’s funded by insurance companies across the nation. Take a moment for the source of their funding to really sink in: This organization – which is helping pay a police department near you to write more speeding tickets – is funded by your own insurance company.

Tickets, Taxes, And Corporate Money: What A Deal!

So here’s how it works: These two organizations funnel money that the American people paid in as federal taxes and insurance premiums into local and state police departments – but only if they manage to write a certain amount of traffic citations. Tickets, taxes, and corporate money – all three of which we’re extorted to pay by threat of violence if we refuse: Can you imagine a sweeter deal for a city or county police department?

But what about safety? To be fair, it is safer to avoid putting the pedal to the metal while drunk texting your ex. And knowing how a car performs in a front impact collision empowers both consumers to make the wise selection and manufacturers to address any otherwise hidden safety issues. There should be no doubt that fewer speed when they think the police are nearby – though the rapid slowdown speeders typically perform when passing a patrol car probably isn’t the safest response.

But let’s not pretend that it’s all about safety. Like many government regulations that ostensibly protect us from ourselves, everyone involved seems to profit – except the average citizen caught in the middle.

Still think traffic laws are all about your safety? Go ask a motorcycle cop where his seatbelt is and why he is allowed to write you a ticket for not wearing one in your car.

The Sweet Scent Of Crony Capitalism

It should come as no surprise that just about every industry has some lobbying operation funneling corporate money into supporting the laws and lawmakers most beneficial to them. If you are shocked by this, then pay opensecrets.org a visit. Look at the lobbying action on the International Insurance Standards Act of 2017, for example. There were 57 organizations – most of which are insurance companies – lobbying on this bill. Insurance companies spend big bucks on buying legislators and laws.  State Farm spent $2,634,762 lobbying in 2018, and Liberty Mutual dropped $3,020,000. If you’re a client of either of these companies, you’re paying a portion of that. Not a client of either? Just use the search feature to find your insurer.

Car insurance is mandatory in all states except New Hampshire because state legislators voted to make it so – and many of them received contributions from insurance companies. The same is true for laws requiring drivers wear seatbelts or forbidding cell phone use while driving.

So how do insurers stand to profit from speeding tickets? Insurance companies fund the IIHS, which in turn will send that money to police departments across the nation, paying them to have officers write more tickets than they normally would. A speeding ticket, in most places, stays on your record for three years. That’s three years of increased insurance premiums – an estimated additional profit of $1,000 per ticket over those three years.