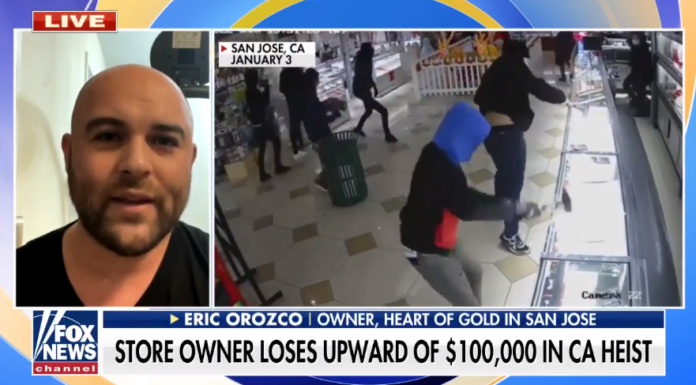 (Fox News) A California jewelry store owner is speaking out after his business was hit by a violent smash-and-grab robbery, leaving his father injured by thieves who reportedly swiped more than $100,000 worth of merchandise.

Owner of “Heart of Gold” in San Jose, Eric Orozco, joined “Fox & Friends First” on Wednesday to discuss the incident that left his dad and other employees terrified for their lives.

He added, “My dad was injured and… that really broke my heart to see. I mean, had the pressure been a little bit harder on his head, he could have died. So these guys came in and threatened lives.”

According to Orozco, the robbery took place the day after the store reopened, after he closed his doors for an entire week out of fear of being targeted.