Shrinkflation, Inflation’s Sneaky Cousin, Is on the Rise 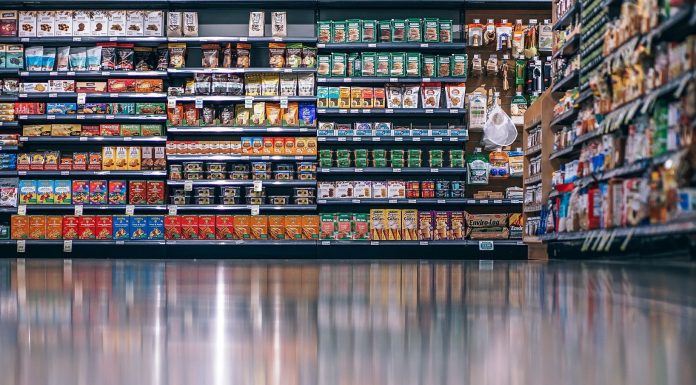 (Klajdi Bregu, Mises Institute) Inflation has been on the rise for the past year and in the last few months it has accelerated. In June 2021, inflation, measured by the Consumer Price Index (CPI), hit the highest level since 2008.

By inflation, economists refer to the increase in the general level of prices, which means that prices on average are increasing. The Bureau of Labor and Statistics (BLS) has a basket of goods and services that it tracks and uses to create a measure of the CPI.

While inflation is the topic of the day in the news media and everyday conversations, many have not heard about its sneaky cousin, shrinkflation.

The term shrinkflation, is credited to British economist Pippa Malmgren, and refers to the shrinking weight of the products while the price for the package remains the same. This is in effect another form of inflation, since the per unit price of goods increases when products shrink.

However, shrinkflation is trickier, since most consumers do not notice it (see here for a few examples of shrinkflation). Shrinkflation is an ongoing process, but we are seeing more of it in the past year, and especially the first half of 2021, as businesses scramble to catch up with increasing costs of production.

Shrinkflation is so widespread today that there is a dedicated Reddit page for it.

Many complain about businesses resorting to shrinkflation and regard it as a sneaky way to increase prices. Yet many of the critics do not realize that businesses have no choice but to increase prices. Anyone who is paying attention to prices in the first half of 2021 will know that it is not only the price of consumer goods that it is increasing but also the prices of producer goods.

In other words, the inputs used in the production of the goods we consume, including labor, have been getting more expensive. Consequently, businesses in a fight to maintain their profit margins have resorted to increasing prices or shrinking the size or weight of their products.

Normally, the BLS accounts for the weight of the products it tracks, which would allow them to account for shrinkflation, but as the Washington Post reports, the BLS has not been able to do this very well during the pandemic. This means that the current inflation measure, as measured by CPI, is most likely underreporting the extent of current inflation.

What is causing this increase in shrinkflation? Well, since shrinkflation is in fact a form of inflation, the short answer is that the same factors have caused inflation. As you may already be aware, many are blaming shortages and disruptions in the supply chain for the recent increases in inflation, but that hardly explains the whole story.

The two main candidates to blame are the Fed and the government. The Fed has printed tremendous amounts of money, which has led to the doubling of its balance sheet since March 2020. This is in fact what inflation is, and this is the cause of what we normally refer to as inflation, which, to be more accurate, is price inflation. In general, we know that the more money we print, holding all else equal, the more inflation we will get, and that is part of what we are seeing now.

On the other hand, we have had the federal government spend money at record levels for a peacetime period. This also has led to an increase of demand beyond what one would expect in the circumstances we have been in since spring of 2020.

For example, retail sales have increased rapidly and have been above trend since late 2020. While some of this can be seen as catching up after the decrease we saw in the second quarter of 2020, it is definitely gone beyond catching up, as is clear from the graph below.

Government spending has become a topic of concern even for mainstream economists like Larry Summers, who is now worried about the economy overheating because of it.

Lastly, while the supply chain disruptions are blamed on covid-19, it is the lockdowns instituted by governments, in the US and other countries, that are the main culprit behind these supply chain disruptions. The problem with the lockdowns was that they completely ignored the cost-benefit analysis by arbitrarily determining what constituted an essential business and what did not.

As you may well know, one can ignore the laws of economics, but not their consequences, and we are now suffering the consequences of these arbitrary lockdowns.

The million-dollar question today is, How long will this rising inflation and shrinkflation last? The Fed insists that this inflation is transitory, but many, including BlackRock’s CEO, are concerned that this may not be the case. With the inflation data from June, we have some evidence that inflation may be more than transitory.