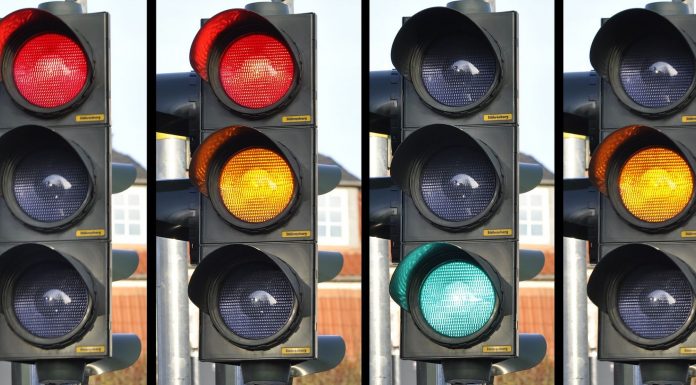 (James Bovard, Future of Freedom Foundation) Crime is surging in American cities, but the official data leave out the most frequent source of highway robberies. More than 400 cities have set up red light cameras that are institutionalized racketeering that subverts public safety. Tens of thousands of American drivers have been injured and many people killed as a result of reckless revenue pursuit by local governments.

Local governments have partnered with private companies to build, deploy, and maintain the cameras that bring bounty hunting to traffic intersections. Violations routinely hammer drivers for a hundred dollars a shot, and California skewers transgressors for up to $500.

Red light cameras have proliferated despite overwhelming evidence of their perils. In 2005, six years after the District of Columbia set up a red light regime that generated more than 500,000 tickets, a Washington Post analysis revealed that “the number of crashes at locations with cameras more than doubled.” A 2013 report by the Pennsylvania Department of Transportation revealed “a 27 percent increase in the number of collisions involving an injury at red-light cameras intersections” in Philadelphia.

With each passing year, more evidence has piled up proving the perils of red light cameras. The Florida Department of Highway Safety and Motor Vehicles analyzed traffic crash data and reported in 2016 that “fatalities from accidents doubled” at intersections with red light cameras. A Case Western Reserve University 2017 analysis predicted a 28 percent decrease in non-angle auto accidents if red light cameras were removed in Houston and Dallas.

Chicago Tribune reporter David Kidwell, who exposed the chicanery behind his city’s red light regime, explained, “When you throw a red light camera up at an intersection, it creates a psychological problem because you’ve got all of these things going on in the driver’s mind. And one of them is, ‘Wow. If I don’t stop here and I go through on a short yellow at the very end, I’m gonna get nailed.’” Drivers slammed on the brakes — resulting in a “22 percent increase in rear-end accidents at these intersections that have red light cameras.”

The biggest cash cows for red light camera companies and local governments are drivers who make right turns on red without coming to a dead stop.

Arizona State Rep. Travis Grantham observed, “The practice of privatizing law enforcement actions is just wrong. When you add the equation of for-profit into the mix, it presents a lot of opportunity for fraud, for abuse.” According to the National Motorists Association, one of the largest manufacturers of red light cameras “included clauses in their contracts that prohibit city engineers from applying engineering practices that improve compliance and reduce accidents.”

Why would politicians impose traffic regimes that pointlessly penalize or kill hapless citizens? Bribery is often a good explanation.

Chicago, home of “the most lucrative red light camera deal in the country,” has imposed more than a billion dollars in fines since 2003. In 2016, a former city commissioner was sent to prison for 10 years for taking a $2 million bribe from Redflex Traffic systems. The company’s former top salesman testified that Redflex had “sent gifts and bribes to officials in at least 14 states.”

Federal agents raided city halls in the Chicago suburbs in late 2019 as part of an investigation involving a red light camera contractor and its payoffs to local government officials.

Unnecessary and unjust tickets disrupt lives and destroy people’s ability to feed their families. A 2019 study by the Federal Reserve concluded that almost half of Americans “could not afford an unexpected expense of $400 or more.” The National Motorists Association warned, “The practical results for many poor people may be a lot like putting them in debtor prisons, unable to legally drive to work.”