Rand Paul on Inflation: ‘It’s Only Going to Get Worse’ 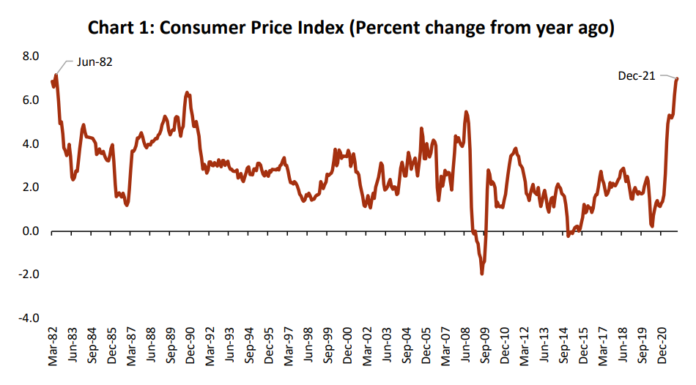 “$4.9 trillion in COVID-19 stimulus spending has led to one of the highest and most sustained levels of inflation in U.S. history. While government stimulus spending was intended as a form of relief, and low and middle-income families as well as small business owners were promised that their taxes would not increase, Americans everywhere are now paying a hidden tax called inflation,” said Dr. Paul.

“In recent months, prices on nearly everything from gas, food, and clothes to electricity, car prices, and rent, have all increased, and unfortunately it’s only going to get worse. Congress needs to realize that further spending at this time of rapidly rising prices is only going to continue the trend of rising prices on this nation’s already vulnerable businesses and families.”

The Bureau of Labor Statistics (BLS) Consumer Price Index (CPI) release on January 12, 2021 found that prices had risen 7 percent in the 12 months prior to December. This represents the largest increase in a 12-year period in the last four decades. Similarly, the Producer Price Index (PPI) final demand release on January 13, 2021 found that prices for businesses had jumped 9.7 percent in 2021, the largest calendar year increase in prices for businesses in the history of this index.

While elected officials did not promise tax breaks, they did spend $4.9 trillion in COVID-19 stimulus since the beginning of the pandemic. These programs included popular programs geared towards families, workers, and business owners alike, such as the Paycheck Protection Program, the Economic Impact Payments (stimulus checks), and the Enhanced Unemployment Insurance.

Congress passed these popular programs without raising taxes, but now Americans are faced with the hidden tax that is a risk with any form of government spending: inflation.

In an attempt to understand how this tax was levied and how it affects American workers, this report arrived at three key conclusions:

You can read the full report HERE.

Rand Paul releases report on rising inflation: 'It's only going to get worse'.https://t.co/Tms3Uz8uNj