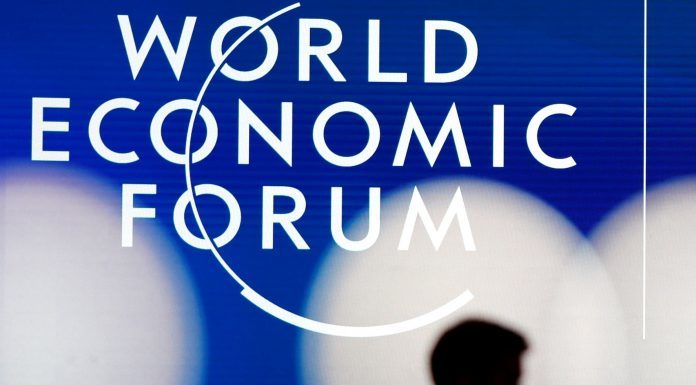 (Tony Sifert, Headline USA) In light of recent events in Eastern Europe and Canada, events which can appear to show cracks in the foundation of the so-called “New World Order,” it is worth recalling that Russian President Vladimir Putin and Canadian Prime Minister Justin Trudeau have both been participants in the World Economic Forum’s Young Leadership Program, and that both have been praised repeatedly by WEF founder and chief architect of the “Great Reset,” Klaus Schwab.

The WEF has come under growing scrutiny recently as many see it trying to manipulate global crises including the pandemic and Ukraine war in order to implement new controls including a universal biometric ID that would link to a person’s health information, financial accounts and more, effectively imposing a China-like social-credit score on the masses.

Putin’s ties to the program raise questions as to whether the crisis in Ukraine might be altogether engineered to effect such an outcome, with the digital IDs being one way to prevent acts of cyberterrorism.

While Schwab has recently condemned “the aggression by Russia against Ukraine, the attacks and atrocities,” it was only last year that the man who openly seeks the end of the United States’ global dominance invited Putin to deliver a special address articulating the contours of “global vulnerability and interconnectivity” at the WEF’s annual meeting in digital-Davos.

In his Jan. 27, 2021 speech (transcript) to the conference, Putin warned of the forthcoming “grim dystopia” that might result from the “growth of populism” in combination with the weakening of “international institutions” and the “global security system.”

“We need to coordinate the efforts of the entire world, as the UN Secretary-General suggests and as we urged recently at the G20 summit,” Putin told the Davoisie.

As recently as October 2017, Schwab was bragging about Putin’s membership in his Young Leadership Program since the early ’90s.

“I have to say when I mention names like Mrs. Merkel, even Vladimir Putin and so on, they have all been Young Global Leaders of the World Economic Forum,” Schwab told David Gergen, director of the Center for Public Leadership, during an appearance at the Harvard Kennedy School.

Schwab went on to tell Gergen that he was, however, particularly “proud” of the new generation of WEF-trained leaders, like Canadian Prime Minister Justin Trudeau.

“We penetrate the capitals,” Schwab said. “Yesterday I was a at a reception for Prime Minister Trudeau, and I know that even more than half of his cabinet are actually Young Global Leaders of the World Economic Forum.”

While Trudeau is decidedly third-tier when it comes to international relations, he is a capable mouthpiece for Great Reset talking points, and is willing to use his own country as a testing ground for globalist tyranny.

Infamous for implementing strict COVID-19 lockdowns and for his draconian response to the Canadian Freedom Convoy, Trudeau was one of the first world leaders to openly embrace the pandemic as an opportunity to “Build Back Better” by resetting global relations.

“This pandemic has provided an opportunity for a reset, Trudeau said in November 2020, using WEF-approved language. “This is our chance to accelerate our pre-pandemic efforts to reimagine economic systems that actually address global challenges.”

In a preview of Great Reset priorities, Trudeau’s Deputy Prime Minister Chrystia Freeland — a member of the World Economic Forum’s Board of Trustees — has sought to use the truckers’ protest to make “permanent” certain emergency powers that allow the Canadian government to restrict citizens’ access to financial institutions.

The Canadian government intends “to put tools permanently in place [that would] cover crowd-sourcing platforms and their payment providers,” Freeland said in an address. “That is something that we need to do and we will do and that needs to be in place permanently.”

Freeland, who has gleefully claimed that the pandemic “has created a window of political opportunity,” also lauded as particularly useful other formerly emergency tools “like the sharing of information between law enforcement and financial services.”

There can be no question that Klaus Schwab and the World Economic Forum are prepared to use the international instability created by the COVID-19 pandemic and, now, the Russian invasion of the Ukraine to implement their priorities, starting with dystopian digital IDs.

Click Here To Comment
Email
Print
Previous articlePowell Tells Congress that Fed Will Raise Rates This Month
Next articleBiden Takes on Inflation, Tax Cuts in State of the Union