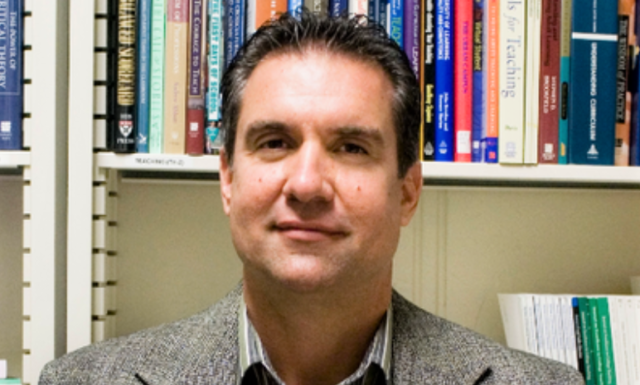 (Legal Insurrection) The treatment of University of Central Florida professor Charles Negy was one of, if not the, most egregious abuses of power in the dozens of ‘cancel culture’ cases we’ve seen. The short version is that shortly after the George Floyd death and in the midst of nationwide protests and riots, Negy made tweets from his personal Twitter account

“If Afr. Americans as a group, had the same behavioral profile as Asian Americans (on average, performing the best academically, having the highest income, committing the lowest crime, etc.), would we still be proclaiming ‘systematic racism’ exists?”

“Black privilege is real: Besides affirm. action, special scholarships and other set asides, being shielded from legitimate criticism is a privilege. But as a group, they’re missing out on much needed feedback.”

The tweets caused student protests, threats, and administrative retribution. There was a Change.org petition with over 30,000 signatures, a Twitter hashtag was launched (#UCFFireHim) that trended, the student Senate passed a resolution, and there were protests on campus in which the President participated.

Recognizing that it could not fire him for the tweets, which were protected speech, UCF launched an eight-month wide-ranging investigation to find a reason to fire Negy. UCF eventually purported to find reasons, some dating back over a decade, and fired Negy.

Negy, because he was a union member, took UCF to arbitration, and was represented by counsel appointed by the union. The arbitrator has issued his Arbitration Award, dated May 16, 2022, ordering Negy reinstated with tenure and back pay.

Here’s the key conclusions and findings:

What determines the outcome of this dispute is the interpretation of the meaning of Just Cause illuminated and guided by the facts.

The facts persuasive are that we have a professor of some 18 years tenured with consistently outstanding annual evaluations, with three TIP awards, recipient of a special pay adjustment successfully designed to persuade him not to leave UCF. There is no evidence that UCF gave him reason to believe he was anything but as highly esteemed as his evaluations and treatment, with no reason to perform differently.

At some point in 2020 a furor erupts over tweets from his twitter account, activity not related to his duties and also is protected free speech.

Samantha Harris, an attorney for Negy, provided the following statement:

The arbitrator’s decision is a powerful blow to the “Show me the man and I’ll find you the crime” treatment so often given to professors, like Dr. Negy, who express opinions out of step with today’s sacred campus orthodoxies. It is a victory for accountability and a reminder that due process matters.

Nothing can give Dr. Negy the last two years of his life back, or take away the pain and humiliation he has endured at the hands of UCF administrators, but today is a good day.

Click Here To Comment
Email
Print
Previous articleMcDonald’s Era in Russia Coming to a Close, Restaurants sold
Next articleIs the U.S. in a Recession? Many Analysts Think So