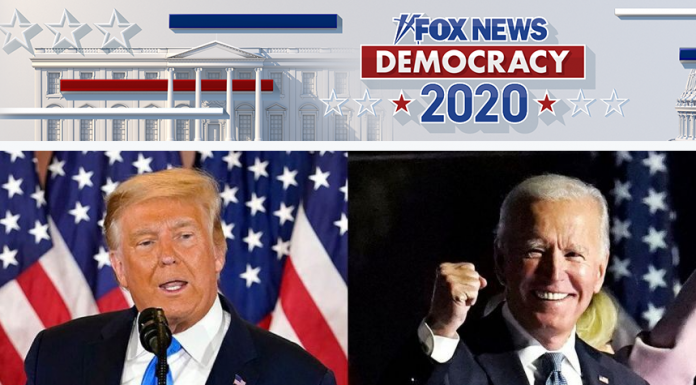 (Ben Sellers, Headline USA) Not long after Fox News called Arizona for Democrat Joe Biden on election night, the typically conservative-oriented network appeared to be embarrassed by it.

Having clearly heard from livid Trump campaign officials that there were still many uncounted votes that would be favorable for the president in areas like the Maricopa County suburbs of Phoenix, some of the network’s top personalities seemed to be barely stifling their own outrage.

Fox anchors brought on several of their behind-the-scenes data analysts on camera to justify the Arizona decision, which no other networks had made.

Yet, they were adamant that based on their available data and calculations of statistical confidence intervals, the odds of a Trump victory were minuscule and approaching impossible.

In a pep speech for his supporters, Biden rubbed salt into the network’s wounds by touting the fact that one of the networks (without naming Fox) had already called Arizona, giving him more early momentum on his path to 270 electoral votes.

With newest batch of votes, @NateSilver538 now saying that @AP and @FoxNews should retract their Arizona calls pic.twitter.com/trmF30kSUj

On Wednesday night, a new batch of ballots from absentee voters who had dropped off their ballots on the day of the election seemed to break in President Donald Trump’s favor, narrowing Biden’s lead further.

With about 418,000 ballots yet to be counted as of Thursday morning, the breakdown, in fact, seemed to be exactly what was needed by the Trump campaign to claim victory, according to Townhall.

“Trump would have to win the remaining ballots … 59-41,” wrote . One silver lining for Biden, though: A fair number of those remaining 418,000 ballots are in Pima County, which is bluer then Maricopa.”

Even so, the momentum clearly seemed to be with the Trump campaign, and some criticized the fact that Fox and the AP had hesitated in other states with narrower margins that showed a Trump lead, such as Georgia and North Carolina.

The stubborn pride of @FoxNews even at this hour when everyone else realizes @realDonaldTrump could flip AZ is as irresponsible as @Twitter was vis-a-vis @NYPost. That @FoxNews decision desk is in essence refusing to report the NEWS!

Trailing her Democrat opponent, former astronaut Mark Kelly, incumbent Sen. Martha McSally also criticized Fox for interfering in her race, which allowed Kelly to claim victory even as McSally has yet to concede.

? We're calling on @FoxNews to retract its early and rash call that Biden has won AZ ⤵️

Dial 888-369-4762 (Press 3) and tell them to retract the call! #StopTheSteal #ProtectYourVote pic.twitter.com/rxWx0pmAbp

While the odds still favored Biden in the state, Paul Bentz, a pollster with the consulting firm HighGround, expressed confidence in the trend bringing the final tally tighter.

“That’s almost exactly what he got in the first batch,” Bentz said. “He could do it.”

But poll watchers would need to remain vigilant.

A scandal hit state election officials on Wednesday following reports that some ballots may have been rejected after precincts encouraged voters to mark them with Sharpie markers, which bled through to the other side.

Although Arizona’s Democrat secretary of state, Katie Hobbs, assured voters that the Sharpies would not disqualify the votes, a state legislator, Kelly Townsend, confirmed that it was being investigated, according to the National File.

Click Here To Comment
Email
Print
Previous articleGet Ready for a Post-Election ‘Fed Wave’ of Inflation
Next articleIs It Safe to Stay in Hotels During the Pandemic?