Popeyes Employees Fired After Brawling — But Not Over Chicken Sandwich 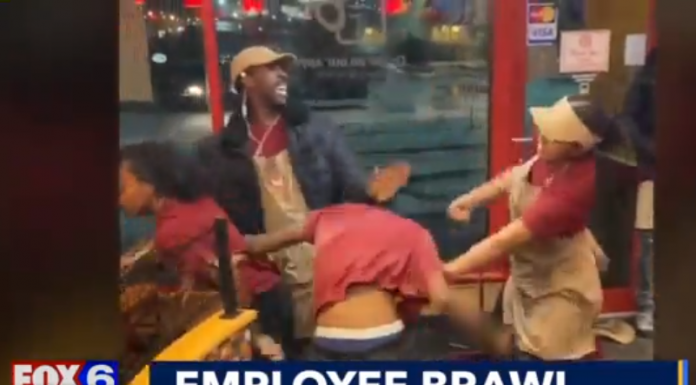 (WITI) Multiple employees at a Milwaukee Popeyes restaurant lost their jobs after a wild brawl was caught on camera Wednesday, WITI reports.

Cellphone video from inside the fast food eatery shows the fight break out while customers were still inside. The violent encounter happened at the Popeyes near 76th and Good Hope Road around 9:30 p.m.

Richard Fourte’ told WITI he wanted to avoid the drive-thru line that evening, so he went inside.

Fourte’ said he could feel the tension mounting and grabbed his cellphone to start recording. Calm quickly turned to chaos inside the restaurant.

Moments later, a violent fight broke out near him with several employees throwing punches.

Soon, the situation cooled off — and Fourte’ left empty-handed.

“Honestly, I wasn’t even going to get the chicken sandwich,” Fourte’ said.