Francis said he authorized the Oct. 1 raid after the Vatican criminal prosecutor came to him with evidence of corruption involving a Holy See investment in a London real estate venture.

But the raid on the Financial Information Authority, or AIF, and sequester of documents, computers and cellphones prompted the Egmont Group of financial intelligence units to suspend the Vatican from its secure communications network.

It did so amid concerns that AIF could no longer guarantee that documents exchanged among members via Egmont would be kept confidential and secure, as required.

That means the Holy See is once again a financial pariah, outside the club of countries that exchange financial data in the fight against money laundering, tax evasion and other financial crimes.

In comments to reporters en route home from Japan, Francis dismissed the significance of the suspension as well as the relevance of Egmont.

AIF’s 2013 entry into Egmont, an international entity of 164 public financial intelligence units, was a major achievement in the Holy See’s years-long effort to clean up its reputation as a scandal-marred offshore tax haven.

The raids were sparked by alarm raised over the actions of the Vatican’s secretariat of state, which in 2012 had put 150 million euros ($165 million) into a luxury apartment building in London’s Chelsea neighborhood. The mortgage turned out to be onerous, the property lost its value amid Brexit concerns and middlemen managing the venture were making millions from the Vatican in fees.

The secretariat of state in 2018 decided to buy the building outright but needed an extra 150 million-euro loan from the Vatican bank, known as the Institute for Religious Works, or IOR, to buy out the other investors so it could extinguish the mortgage.

The IOR director, who is close to Francis, and the auditor general’s office raised an alarm with Vatican prosecutors alleging the buyout looked suspicious, sparking the raid.

Francis insisted that prosecutors had the right and duty to seize and retain the AIF documents as part of their investigation.

“It seems that AIF didn’t control the crimes of others,” Francis said.

“We can only take responsibility where we have power and competence,” he told The Associated Press.

AIF only got involved when it started investigating the shady middlemen involved in the deal and worked with British financial intelligence authorities to try to catch them by following financial flows to them.

The removal of Bruelhart and suspension from Egmont resulted in the resignation of half of AIF’s board, as well as alarm internationally about what exactly was going on with Francis’ promised financial reforms.

Nevertheless, Francis appears to have accepted the version of events provided by the Vatican bank as opposed to AIF. And he insisted that the case was evidence that the Vatican’s in-house system of checks worked, since the alarm bells about the London real estate deal were flagged internally.

“Look, for the first time the lid was taken off by the Vatican, not by someone outside,” he said.

Francis also defended the initial decision to invest the donations, known as Peter’s Pence, in the real estate venture. He said keeping the money “in a safe” wouldn’t generate necessary interest to keep the capital from losing its value.

Five Holy See employees have been suspended as part of the investigation. Francis said in the coming days and weeks, they will be questioned by prosecutors.

He said he will soon name a new AIF president and that the Council of Europe’s Moneyval evaluators will conduct their on-site inspection in spring as planned.

Too Many Students Get Nothing from College Except Debt 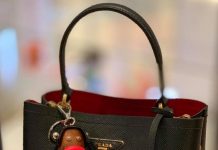 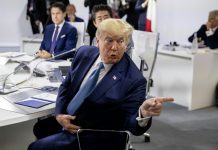 Trump Has Second Thoughts on China Tariffs, Then Doubles Down 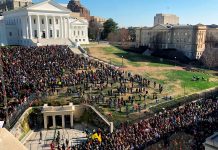