Police Officer Ambushed, Assaulted at Restaurant ‘For No Reason’ 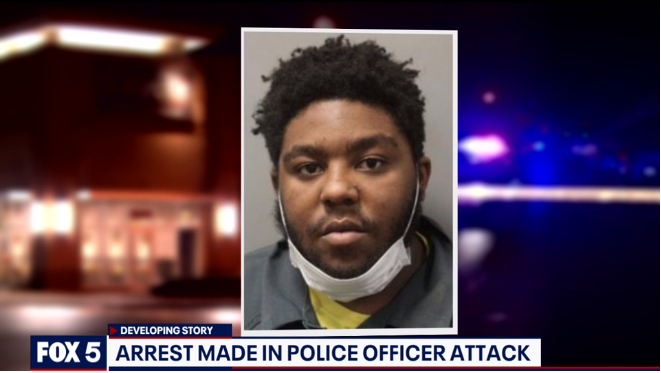 (Law Enforcement Today) A uniformed police officer with the Montgomery County Police was reportedly assaulted without provocation while standing in line at a Chipotle restaurant in Rockville on December 17th.

While the suspect was later arrested, it’s unclear why the suspect allegedly attacked the officer.

According to a press release from the Montgomery County Police, the attack on the officer transpired at approximately 6:48 p.m. at the Chipotle restaurant located at 14925 Shady Grove Road.

The suspect, identified as 21-year-old Nyziere London, entered the restaurant and without saying a word, began punching the police officer in the face.

While the suspect continued the assault on the officer inside of the restaurant, another officer who happened to be inside of the establishment, caught wind of the commotion as she was paying for her food.

The second officer responded to the assault, assisting in helping to subdue London. Shortly thereafter, additional units arrived on the scene and took the suspect into custody.

London was reportedly booked into the Central Processing Unit and is currently being held without bail under charges of second-degree assault and resisting arrest.

Click Here To Comment
Email
Print
Previous articleAlarming Developments in GLD ETF Reaffirm Need to Own PHYSICAL Gold
Next articleCongress’ Rescue Aid: A Dose of Support, But Is It Enough?