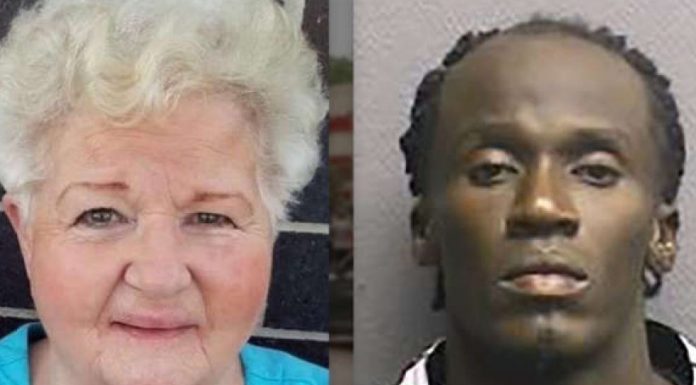 (Big League Politics) An eighty year old woman described as a ‘perfect grandmother’ by her family was stabbed and killed by a lifelong criminal on Saturday in Houston. 38-year old Randy Lewis, who has been arrested dozens of times in his life, may have been released from a [mental] health facility as part of a coronavirus jailbreak.

Lewis has been arrested 67 times throughout his life.

Court records indicate that he was set free on a waived bond on April 30, having been detained at a mental health facility at the order of a judge pending the resolution of his case.

It’s very possible considering the timing of his release from custody that the career criminal was released from the facility through a coronavirus jailbreak. County jails nationwide have released a third of their inmates on account of the pandemic, and in some cases more.

Houston Police Chief Art Acevedo described the senselessness of the murder. “This is tragic, but the most tragedy here is that a woman has died from a guy who attacked her for no other reason other than to steal from her and carjack her.”

A Houston police officer’s union pointed to the release of Lewis as a legal mistake with grave consequences in a tweet regarding the murder.

Randy Lewis should never have been free. Now an innocent woman has been murdered. Everyone deserves better. This is absolutely shameful. https://t.co/hfJ4dqfYxG pic.twitter.com/tqIr9Qlmln