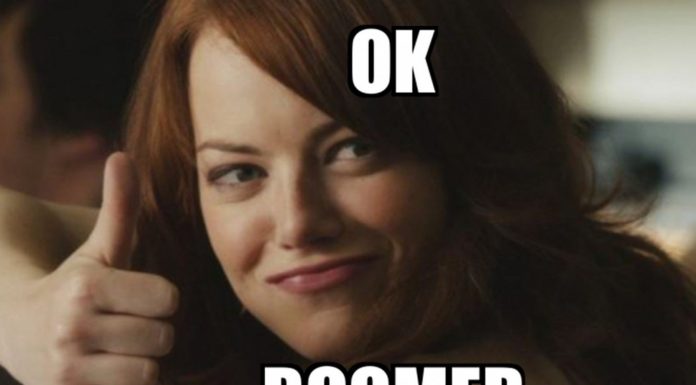 (Jon Miltimore, Foundation for Economic Education) Few will disagree that there is a tendency for generations to caricaturize one another. The young tend to see the old as fuddy-duds and scolds, while the old tend to view the young as disrespectful, lazy, and rebellious.

Nowhere is this more evident than in the current “OK Boomer” movement. If you’re not familiar, “OK Boomer” is an internet meme and catchphrase that went viral in 2019. It’s used by Gen Z and millennials to mock baby boomers grousing about their work ethic and attitudes.

“OK, millennials,” Myrna Blyth, senior vice president and editorial director at AARP, told Axios. “But we’re the people that actually have the money.”

The internet exploded over Blyth’s comment, of course, and the AARP quickly disavowed her words. While the (over)reaction to Blyth’s comment is much ado about nothing, it foreshadows a greater conflict ahead.

The baby boomers might “have the money,” as Blyth put it, but they’re also leaning on millennials and Gen Z to collect more of their paychecks.

About 44 million Americans received Social Security benefits in 2018, and about 34 million of those were baby boomers, who continue to retire at a clip of roughly 10,000 per day. That’s a lot of retirees to support.

Before you begrudge boomers too much, consider a few things. First, boomers contributed lots of money to Social Security over the years themselves. Second, most of them are banking on that Social Security income, one of the proverbial “three legs” of the retirement stool, along with pensions/employer-sponsored accounts and personal savings. Third, boomers haven’t done a great job building out the other two legs—45 percent say they have zero retirement savings!—so many of them really need those Social Security checks, even if they have less debt and more equity than any other generation.

Workers today, on the other hand, are paying 6.2 percent on income up to $132,900. That’s a far greater contribution (if you can call it that) by a long shot. The problem is it’s nowhere near enough.

Next year, The New York Times reports, for the first time in nearly 40 years, Social Security will begin drawing down its assets to pay retirees their promised benefits. Without program changes, the trust will be depleted within 15 years.

“Then, something that has been unimaginable for decades would be required under current law,” says the Times. “Benefit checks for retirees would be cut by about 20 percent across the board.”

Does anyone think retirees will sit back and take a 20 percent shave on their retirement?