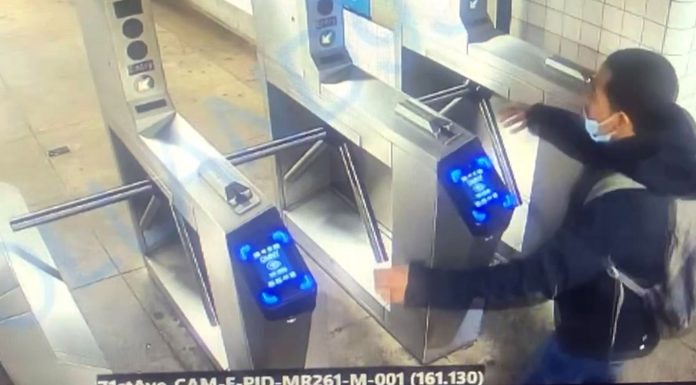 (New York Post) Horrifying video has emerged of the moment a man fatally snaps his neck while jumping a subway turnstile in Queens.

The sickening surveillance video shows De La Cruz trying to jump over a turnstile after he entered the subway station — but he initially falls and appears to drop his phone.

De La Cruz, who was wearing a backpack, then stumbles back briefly before repeatedly trying to hop over another turnstile.

On the final attempt, De La Cruz can be seen hoisting himself up — but losing his balance and flipping over the barrier.

He came crashing down onto his head and broke his neck, police said.