NYC Businesses Board Up in Preparation for Election Unrest 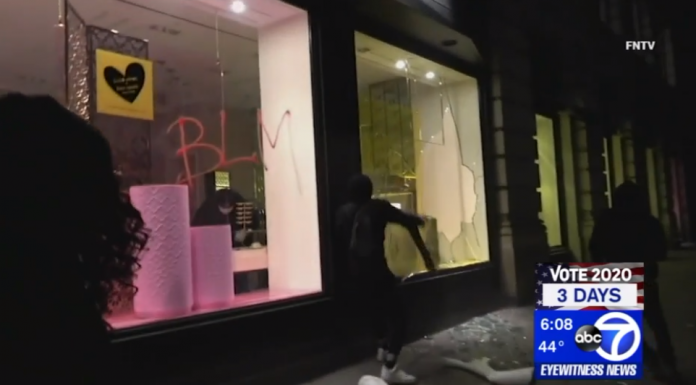 (ABC7NY) Many businesses in New York City are boarding up their stores in preparation for potential mayhem as Election Day approaches.

The sounds of SoHo on Halloween, where the streets echo with whining power tools and the sheets of plywood on the windows make Tiffany look like a lemonade stand.

“It is very sad to see New York City in this kind of condition, with all these beautiful stores boarded up or closed down. It’s very upsetting!” SoHo shopper Tina Sayah said.

The highest of SoHo’s high-end stores are boarded-up, although many remained open.

Among them are Tiffany, Louis Vuitton and Dior.

The rioting this summer took many New Yorkers by surprise, in a city that had not seen widespread looting since the 1960s…

Police commanders have warned merchants, large and small, to take precautions, despite the absence of any specific threats.