No, Higher Wages Aren’t a ‘Silver Lining’ of Inflation 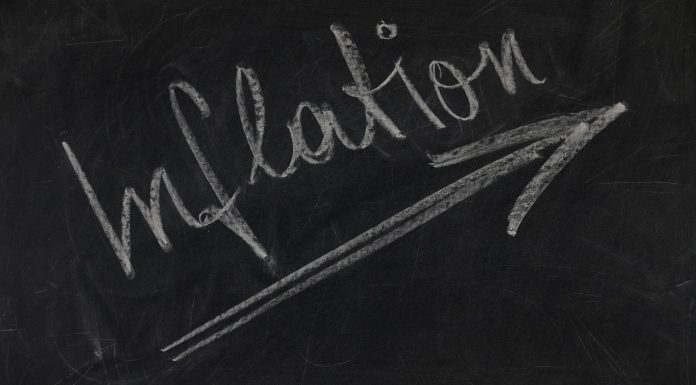 (Peter Jacobsen, Foundation for Economic Education) A recent CNBC article highlights a common economic fallacy surrounding the concept of inflation. The author claims that inflation can be beneficial because, “as inflation takes hold, wages may increase, too.”

This statement, though misleading, holds a grain of truth. In order to understand where it goes horribly wrong, it’s important to understand the difference between nominal wages, simply the number on your paycheck, and real wages, what your paycheck can buy you relative to prices. Because, although it’s true that inflation is associated with higher nominal wages, this increase in nominal wages actually represents a period of lower real wages and lower wealth overall.

To understand why your wages going up due to inflation isn’t as good as it sounds, let’s consider a hardware store. As spending begins to pick up after the end of COVID lockdowns and restrictions, hardware store shelves that were full of building materials begin to empty out. In fact, as I’ve explained in a previous article, the new money created by the Federal Reserve spurs even more spending than usual as the economy returns to normal.

In order to deal with goods flying off the shelves, stores do a few things. First, they need to raise the prices of their building materials to avoid having a shortage of materials for sales. This contributes to inflation. Second, the stores need to hire (or re-hire) laborers to restock shelves and deal with selling the higher-priced goods.

But hiring may be tough. Let’s say the business already had a few job openings which offered $8 an hour. Now the store needs even more laborers to restock the recently depleted shelves. How can they entice workers to apply for their jobs? Easy—the store can raise wages to some higher rate, say, $10 dollars an hour.

If you stop thinking there, this sounds like a great thing for workers. But in order to avoid CNBC’s fallacy, we need to keep thinking.

The Money Illusion and Real Wages

People don’t value the number on their paycheck in itself. To understand why, you just need to answer a simple question. Would you rather be paid $15 an hour or 16 pesos an hour? It’s clear that $15 is the better option. Why? Well even though 16 is a bigger number than 15, we know that $15 can buy us more real goods than 16 pesos. That’s why the peso is less valuable than the dollar.

This example illustrates that what people care about is what their paycheck buys them. This concept is called your real wage. If you offer someone a larger number on their paycheck, but then tell them the larger number comes with the caveat that they’ll be able to buy fewer goods and services in the present and future, they’d be a fool to take the deal.

Let’s return to our hardware store worker. Imagine you were working at the hardware store before lockdowns making $8 an hour, and you pay $200 per month for groceries. In order to pay for your groceries, you’ll need to work 25 hours.

Now let’s say that the hardware store has given you a raise to $10/hour to keep you on to restock shelves. However, because inflation means higher prices, now your groceries cost you $250. How long does it take you to earn enough to pay for your groceries? That’s right, the exact same amount of time. In this example, your nominal wage has increased from $8 to $10, but your real wage is the same.

Anyone who thinks the worker is better off is suffering from the money illusion. They’re confusing dollars for well-being.

However, there’s good reason to believe that the story is even worse than that. Why? Well, as the CNBC article admits, wage increases tend to lag behind inflation.

And, while it’s possible wealthier people will have access to wealth-storing financial instruments which protect their savings from inflation, it seems likely that poorer individuals won’t have equally easy access to these instruments. So inflation not only leads to lower real wages for some period of time, but it also sucks real wealth away from those without ways to avoid inflation.