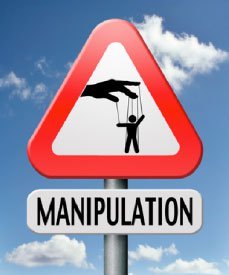 (Clint Siegner, Money Metals News Service) The recent price smash in precious metals is frustrating for goldbugs. It is even more infuriating for those who look at the fundamental reasons to own gold and silver and see prices falling anyway.

That’s why it’s worth explaining once again the real purpose of the futures markets, where prices are set. Some recent revelations about Bitcoin futures will help.

The CME launched a Bitcoin futures contract in December of 2017, and many cryptocurrency fans cheered. Those who cheered expected “institutional” money to pour into Bitcoin. Their mistakes were in assuming the institutions would be making long bets on Bitcoin and the futures market would be free and fair.

At the time, we pointed out why savvy gold investors knew better. They realize that the nation’s most powerful institutions – Wall Street banks and the Federal government – don’t like Bitcoin. This hatred by the establishment is something the cryptocurrency shares with gold.

These institutions have spent more than a century building a crooked financial and currency system which benefits them. The futures market is one tool they use to vigorously defend it.

Despite all the optimism, since futures trading launched in late 2017 the Bitcoin price has fallen by more than half. Almost nobody talks excitedly about the launch of BTC futures market trading anymore.

However, there are still those hoping for a Bitcoin ETF to gain approval. Let them be warned.

For anyone wondering why the price of Bitcoin rocketed downward instead of upward after institutions got access to futures trading, Christopher Giancarlo – the former Commodity Futures Trading Commission Chairman – just provided the explanation.

“One of the untold stories of the past few years is that the CFTC, the Treasury, the SEC and the [National Economic Council] director at the time, Gary Cohn, believed that the launch of Bitcoin futures would have the impact of popping the Bitcoin bubble. And it worked.”

Federal regulators had a purpose when they authorized the launch of futures trading. They wanted to pop the “Bitcoin bubble.”

And the institutions who lined up and took the leveraged short side of all those contracts enjoyed massive profits when the price collapsed.

Investors should never make the mistake of assuming bankers and their friends in Washington have honest intentions, or that they care about free markets.

Thanks to Wikileaks, we know this strategy has been used before. They published some official discussion of the true purpose of futures markets from 1974 – when U.S. officials were planning the launch of leveraged gold trading.

It was a critical time for the U.S. dollar. President Nixon had closed the gold window, removing the last vestige of gold backing for the dollar.

The following is an excerpt from a memo sent by the Treasury Department in London to the U.S. State Department.

TO THE DEALERS’ EXPECTATIONS, WILL BE THE FORMATION OF A SIZABLE GOLD FUTURES MARKET. EACH OF THE DEALERS EXPRESSED THE BELIEF THAT THE FUTURES MARKET WOULD BE OF SIGNIFICANT PROPORTION AND PHYSICAL TRADING WOULD BE MINISCULE BY COMPARISON. ALSO EXPRESSED WAS THE EXPECTATION THAT LARGE VOLUME FUTURES DEALING WOULD CREATE A HIGHLY VOLATILE MARKET. IN TURN, THE VOLATILE PRICE MOVEMENTS WOULD DIMINISH THE INITIAL DEMAND FOR PHYSICAL HOLDING AND MOST LIKELY NEGATE LONG-TERM HOARDING BY U.S. CITIZENS.

Federal politicians and Wall Street bankers have a strategic interest in protecting the U.S. dollar from alternative currencies. Their playbook:

This playbook is how metals investors can make sense of the most recent, totally counter-intuitive, smash in metals prices. It explains, at least in part, how the bullish momentum was crushed.

The futures markets are used by institutions to punish investors for doing the right thing.

That isn’t to suggest investors ought to surrender and be herded by the bankers and bureaucrats into the dollar and other favored assets. But they will need to be prepared for artificial volatility in hard money alternatives.

Don’t forget, these people are definitely not our friends.